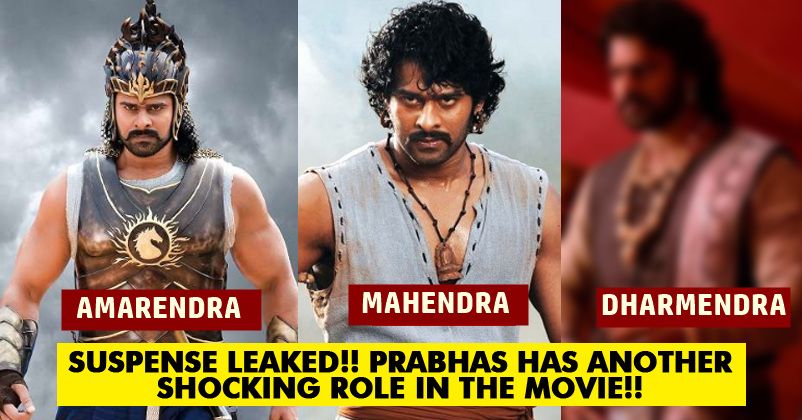 Baahubali’s grand release is surely awaited. This is a long wait, indeed. Yet, it’s quite an intrigue to find the truth of this mysterious question of ‘why did Kattappa kill Baahubali?’

Soon enough we will get all our questions answered on the 28th of April, as the conclusion to the beginning releases then!

Now, we have more news and buzz around the film as we near its release, it’s not yet confirmed but there’s a possibility that there may be three angle character of Prabhas in the final installment of the film. Earlier in the Baahubali: The Beginning, we had seen two characters portrayed by Prabhas, this time it seems it’s going a three angle triangle!

Prabhas is mostly going to play another character, which is that of the grandfather to Mahendra Baahubali who is called Dharmendra Baahubali.

We all remember how the double role in Baahubali the beginning surprised the audience, we are pretty much sure that this triple role twist will unravel another mystery. As far as we remember there was scene in the start of movie where it was mentioned that Shiv’s (Mahendra Bahubali’s) grandfather is dead but there could be some flashback sequence. If that happens it will be treat for Bahubali fans.

All in one treat! This time it’s definitely going to be triple the suspense and action! We are secretly praying for the news to be true, what about you guys?

Maulvi Issues Fatwa Against Sonu Nigam To Shave His Head! Sonu Nigam Takes Trolling To Another Level
Sunil Grover To Be Back On Kapil’s Show? Check Out Fresh Media Reports!