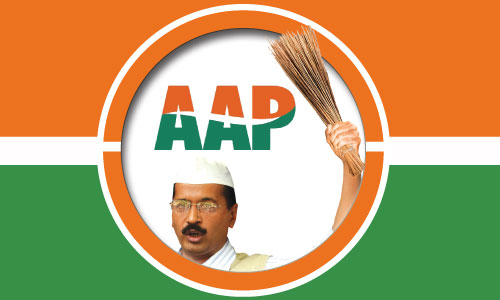 The effect of AAP’s new government can be apparently observed in Delhi. The incident occurred on Wednesday when a police constable who came for extortion had to apologize to the sellers of juice and coconut water. The event relates to Mianwali Nagar that comes in Nangloi Jat constituency.

On Wednesday morning, a police constable started extorting from people who had their shops of juice and coconut water near a park. He was asking two months of protection money. At this, the juice seller Kishan (changed name) called on the residence of Raghuvendra Singh Shaukeen, MLA.

Fortunately, the MLA answered the call and ordered one of his workers to reach the spot for investigating the matter. Some of his workers arrived at the scene and confront the constable. As the matter grew, hundreds of people started gathering there. Finding himself helpless, the policeman had to ask for forgiveness.

Kishan asserted that policemen were causing troubles to them for a long time. They also complained against them many times but it proved to be of no use and each time, they had to give the police extortion money in order to run their shops peacefully. This time, when they made a complaint to the MLA, proper action was taken and resultantly, they felt relieved. AAP personnel Hansraj said that they were instructed to arrive at the place at 8:15am. He reached there with some other workers and found the policeman threatening shopkeepers. His name is said to be Umesh.

According to Hansraj, when they told the constable that they belong to AAP and appeared on the spot on the order of MLA, he tried to conceal and cover up the matter. Later, he got ready to ask for apology to sellers. As stated by Dr. Anil Bansal, a resident of the same area, there had been such kind of problems in the region for long before but it was good to see that really an action was taken concerning the issue. Moreover, he said that the effect of AAP seemed to be visible now.