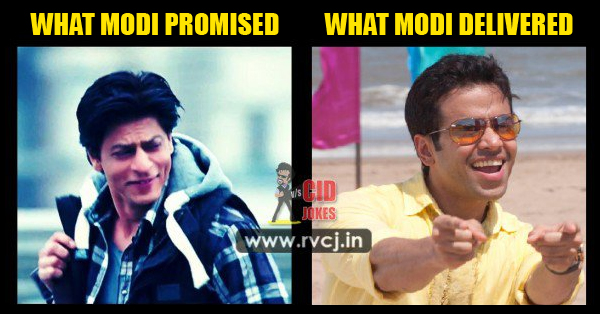 Narendra Modi led Government was formed after he (as 15th Prime Minister of INDIA) and his 45 other ministers swore on 26 May 2014. The promises made by him were definitely much more than what he has been able to deliver. It’s been more than a year and he has not been able to deliver his promises in the way he was expected to and he has sometimes been trolled a big time for his so-called Fake Promises. We at RVCJ made it more interesting by converting it to the Memes of different versions. We hope you will enjoy these 14 Memes:- Continue Reading
You may also like...
Related Topics:funny, Memes, Modi, Modi Funny, Modi Trolls, These 14 Different Versions Of Memes Of What Modi Promised & What He Delivered Will Crack You Up