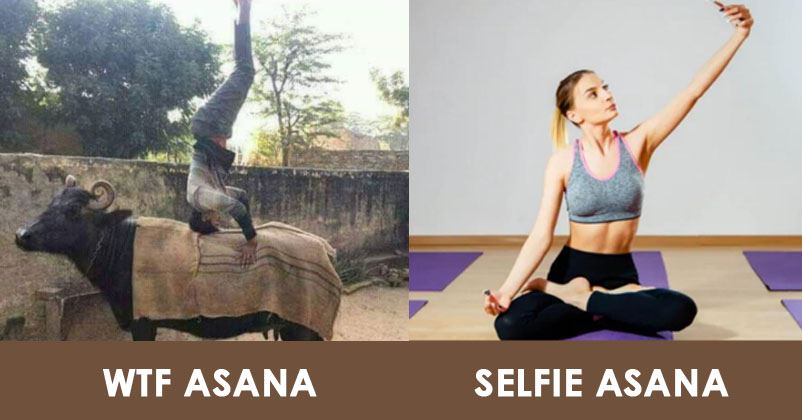 The whole world celebrated yoga on International Yoga Day observed on 21st June. From film stars to soldiers on borders, politicians, prisoners, and even army dogs did mass yoga. The internet is flooding with pictures starting from Bollywood celebrities, head of our country, to the jawans. Just to make the world aware of the unparallel benefits of Yoga.

But some people out there did all the asanas on social media and are giving laughter therapy by their hilarious memes. Laughter is the best medicine and after a tiring day of yoga and posting selfies, while doing yoga, it is the much-needed asana for all of us.

The official twitter handle of ESPN took asanas to another level and introduced two new yoga poses which we all are familiar with. Have a look.

The world is hailing India for the ancient concept of yoga to achieve peace. On this day also no memer is on leave and they are busy making the world laugh again with their amazing sense of humor and creativity.

That moment, when u ate a whole lot of puris last nite and then asked to perform #Undertaker moves at #YogaDay2019 pic.twitter.com/XpHVBpScuz

International Yoga day, world posting pictures.
Me : Taking a day off from work, and practicing shavasana all day long.
Well because one step at a time.#InternationalDayofYoga #YogaDay2019 #YogaForAll #FridayFeeling

Say NO TO MOBILES FOR ONE HOUR A DAY – DO YOGA 🧘‍♀️

Prayers on this divine Yoga Day!

May God give us strength to devote one hour of each day for our health and well being – for Yoga ! 🧘‍♀️ 🧘‍♂️

As 117 Children Pass Away In Bihar, Modi Is More Disturbed By Dhawan’s Injury
Man Apologises After Publicly Abusing And Body Shaming Sarfaraz Ahmed