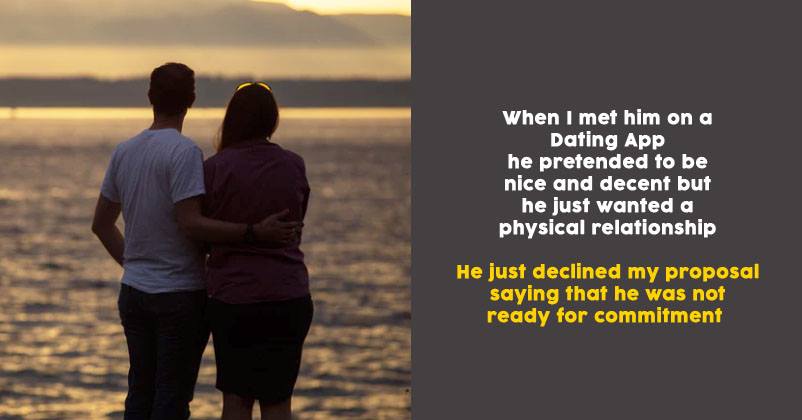 What happened to the “always and forever” concept of love? Like every other thing, love has also turned to fast track. In this tech-savvy era one day you find someone on some random dating app. You two bond and fall head over heels in love with each other. You make promises to be together forever and meanwhile cross all the limits made by the “society“. Then one day one of you realizes, “Oh shit! it was not loved, just attraction,” and the other one feels used and cheated.

The same happened with a girl from Bengaluru. She was right swiped from a 29-year-old guy on some dating app just a month ago. They met, went on some dates for a month and ultimately spend a night together in the guy’s apartment. That’s when trouble in paradise began.

The woman also said that when she proposed the man, he said that he is not ready for any commitment. When the woman asked the same thing again after a while, the man blocked her. That is when she decided to go to the police so that thing like this doesn’t happen with anyone again.

Major Train Accident Averted On Mumbai-Pune Route Due To CCTV Cameras
Kathua Case: The Final Judgement Was A Slap For The Media Verdicts Surfacing Fake News