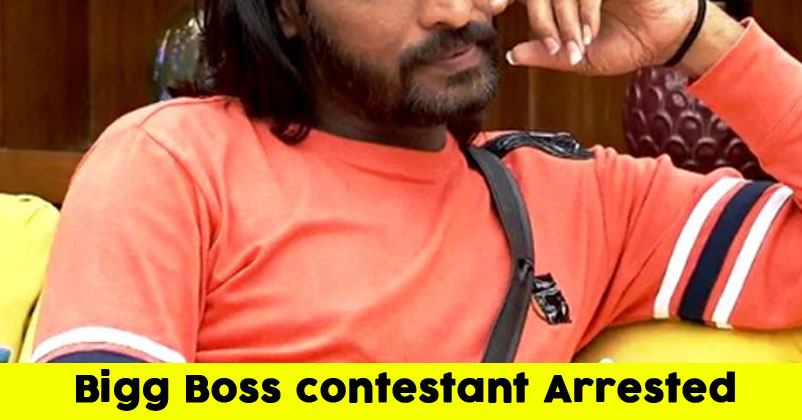 The ‘Marathi Bigg Boss Season 2’ contestant Abhijit Bichukale, referred to as ‘Kavi Manache Nete’ (a leader with a poetic heart) by his friends has been arrested by police. Satara crime branch caught Abhijit from the sets in Mumbai with the help of local police. The crime branch has taken him back to Satara after the arrest.

Reportedly, he was arrested from the sets of the reality-based television show ‘Marathi Bigg Boss’ season 2. As per reports, Bichukale has been arrested because the cheque he submitted was bounced. He has been arrested under Section 138 of the Negotiable instruments Act.

Abhijit Bichukale is a politician by profession and Satara is his hometown. He has been the talk of the show after fighting with another contestant Rupali Bhosle. He used abusive language and criticized Rupali after which BJP’s Ritu Tawade protested against him. She also demanded chief minister Devendra Fadnavis his eviction from the Big Boss house. Ritu said that his remarks were insulting single mothers as well as divorced women.

On International Yoga Day Indian Army Jawans Are Guided By Army Dogs
After Winning Lottery Of 208 Crores, Man Was Forced By Court To Split Money With His Soon-To-Be Ex-Wife