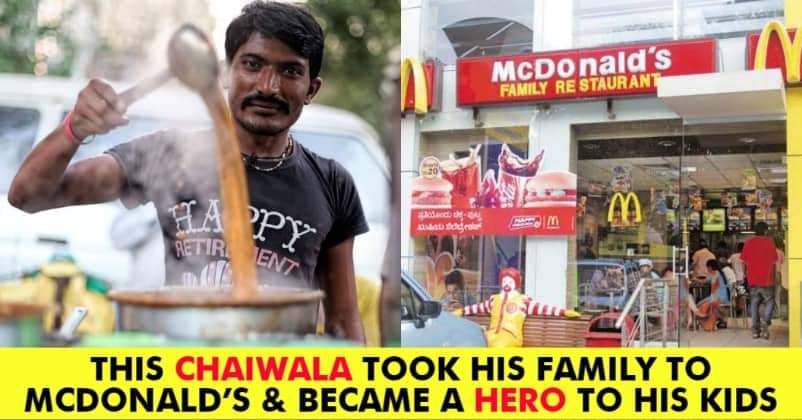 If you’re active on Facebook, you’ll know about the page Humans of Bombay, because of their heart touching and emotional posts.

We came across a post recently, which brought tears to our eyes. A local chaiwalla in Mumbai was asked the question, “What would you describe as the happiest moment of your life?” A very common and apparently easy question. But think about it, when was the last time you were really happy?

This tea seller’s answer will bring a smile to your faces. He said that the happiest moment of his life was when he was able to take his wife and children to McDonald’s and treated them to a Happy Meal. 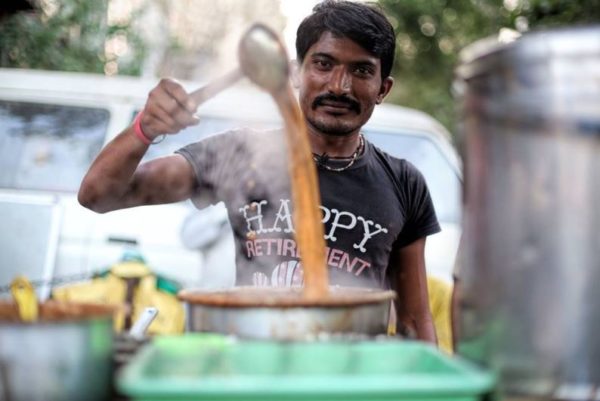 It so happened that one day he received bulk orders for chai. Turns out, there was a big shot event happening at a hotel around the corner, and the chaiwalla received a huge order for chai for everyone there. On that day, his earnings were more than what he usually earned in the course of a month.

He could have easily saved that money, as most of us would have done. But he decided to celebrate the moment with his family, and took them out for a treat and gave them memories that they would cherish for ever. 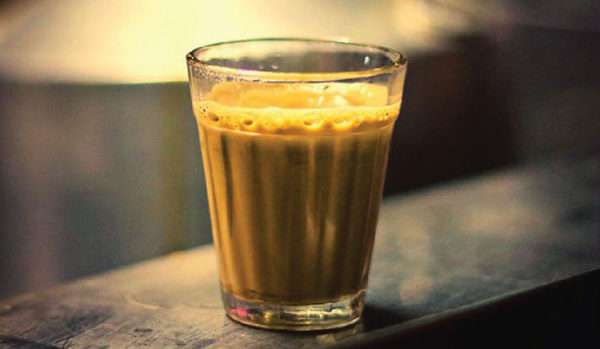 The ecstatic father said, “My kids looked at me like I was their hero! That’s the happiest day of my life.” This was the first time the kids had been to McDonald’s and they were able to get their hands on their own burgers, along with toys that come with the Happy Meal.

We usually tend to take things for granted, right? Maybe this will change the way you think.

Continue Reading
You may also like...
Related Topics:Chaiwala, Human of bombay, Mumbai

This Guy Took His Girlfriend’s Sister Out On A Date, Wins Hearts All Over
This Indian City Is Giving The Salary Offers That You Are Dreaming Of. Here’s All You Need To Know