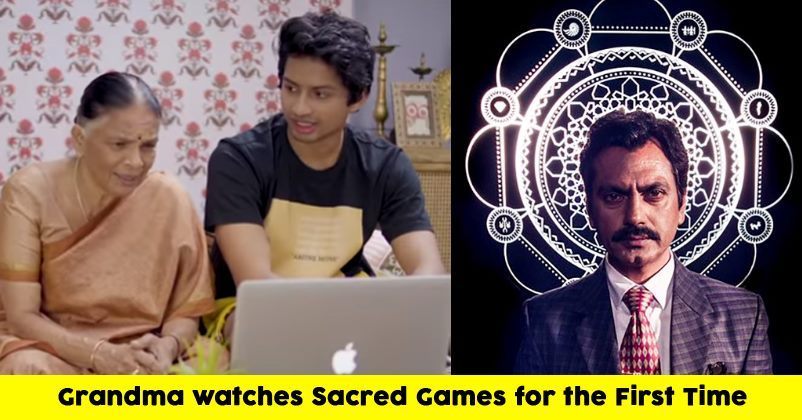 Netflix India Original web series Sacred Games has wrapped the fans around its finger since the day it is released. Now the fans are demanding its second season soon. Amidst the loud cheer for the next season, see what happened when Sharan Nair showed the show’s first season to his grandmother Kanta Bai.

Sharan’s grandmother had a hard time remembering Sartaj and Katekar’s name but she quickly picked up Kukoo’s and even prayed for her when she died in the series. Isn’t it cute?

Grams liked Gaitonde’s character and after watching the whole season, the only thing which kept playing in her mind was Gaitonde’s dialogue “Kabhi Kabhi To Lagta Hai Apunich Bhagwan hai” (Sometimes it feels like I’m the God). It was hilarious to hear the dialogue in her Malayalam accent. But Nair’s grandma had some strong views about the show and its characters.

Shah Rukh Khan And Anand L Rai Are Not In Good Terms After Zero’s Failure
These 2 Years Are Filled With Remakes And Sequels, Originality Hides In Bollywood For Now