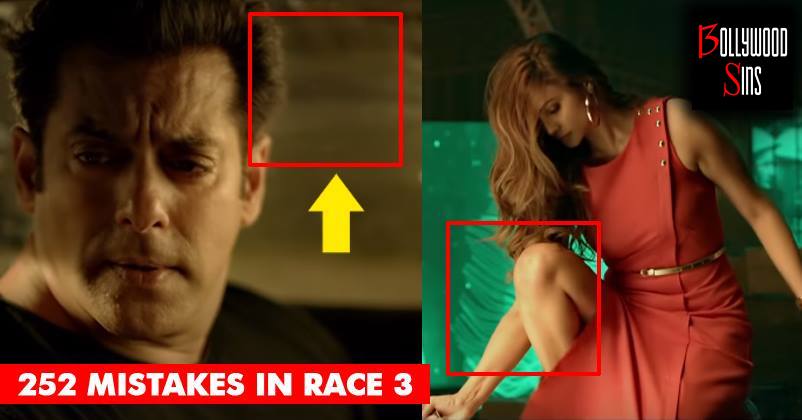 Race 3, the popular action thriller movie, didn’t get a very good response despite it being a Salman Khan movie.

It had many popular names like Daisy Shah, Salman Khan, Anil Kapoor, Jacqueline and Bobby Deol, but still it wasn’t received well by audience.

The film had hit the theaters on the 15th of June 2018; some appreciated it, while some just couldn’t take it.

Many films have mistakes in them and so did Race 3. A famous YouTube channel Bollywood Sins has highlighted not 1 but 252 mistakes in the film and you will surely agree with them.

The guy is just spot on. He has carried out his research really well and has aptly pointed out the mistakes. 252 mistakes in a single film is just too much, don’t you think so?

Which mistake did you find the most relatable one?

Continue Reading
You may also like...
Related Topics:Mistakes, Race 3

BB12’s Expected Contestant Scarlett Rose Is Really Hot. Her Pictures Will Make You Go Wow
Zomato Tried To Troll Netflix In Relation To Radhika. Got A Perfect Reply From It