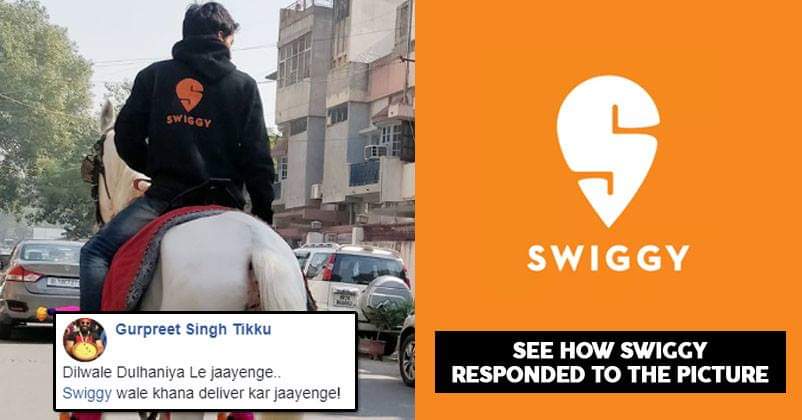 So Swiggy has been in the news a lot lately, and this time, we can’t help laughing. Someone revealed that Swiggy has a new mode of transport and uploaded a picture of the same.

Obviously, people found it real funny and began commenting. While some people said that this was eco friendly and a step in the right direction, some applauded the guy for going to such extreme lengths to deliver food.

But Swiggy’s epic reply won our hearts. They commented: 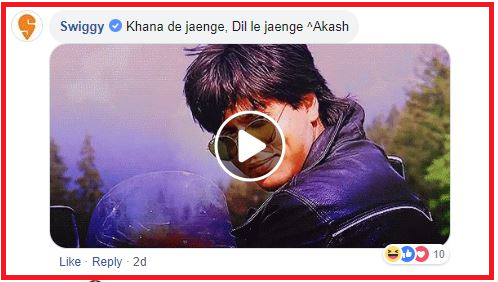 This later went viral on twitter as well. Check it out:

In fact, Swiggy replied in a filmy style there as well.

Ranveer Singh Did It Again, Wore A Cheetah-Print Outfit At An Event & Got Trolled Badly
Picture Of A Giant Rice Wave Goes Viral, Netizens Have Turned It Into Hilarious Memes.