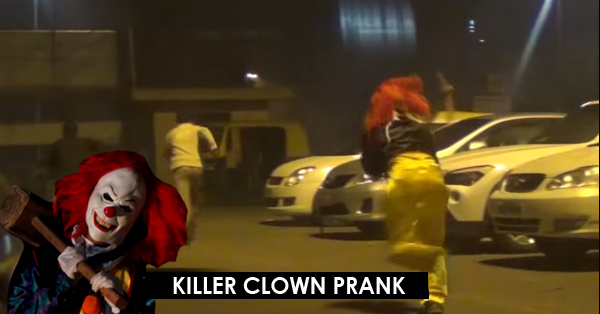 You must have seen Killer Clown prank done by foreigners which must have excited you like hell. But did you ever imagine something a KILLER CLOWN PRANK can be done in India too? Yes this was made possible by Trouble Seeker Team from Delhi. The reactions of people went on to be way more hilarious than it was in some other video. This team went on to the roads of Delhi in the night and scared the Sh*t out of people by the Real Scary Killer Clown Prank. The reactions of people getting scared and running away is Hilarious. And in the end the prank goes wrong as they unknowingly perform the Clown Act in front of Patrolling Van passing by. Watch the video to find out more. Watch this epic video which will give your bones a hard Tickle for sure.