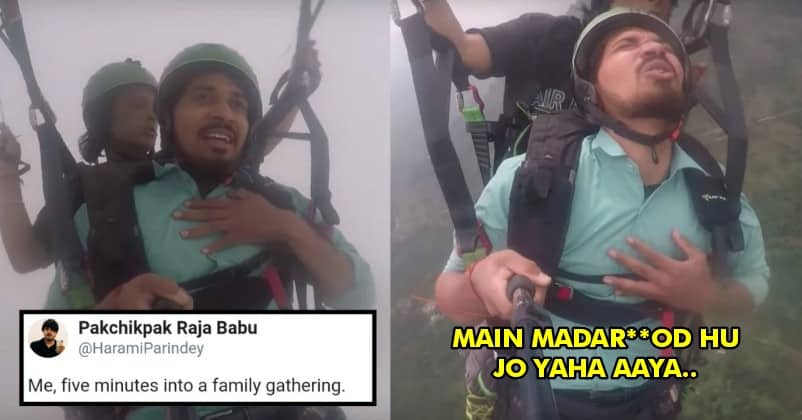 Recently a hilarious video went viral of a man paragliding and abusive himself for taking this decision. The video covers his hell of a ride from starting where he is happy and seems to enjoy to the end where he curses himself and remembering his whole family.

At first, he shows the sky and beautiful cloud around him, with ‘aasmaan ki unchaaiyon mein’ and gradually he starts screaming and calling his mother and cursing himself with ‘main madarch*d hoon jo yahaan aaya’. 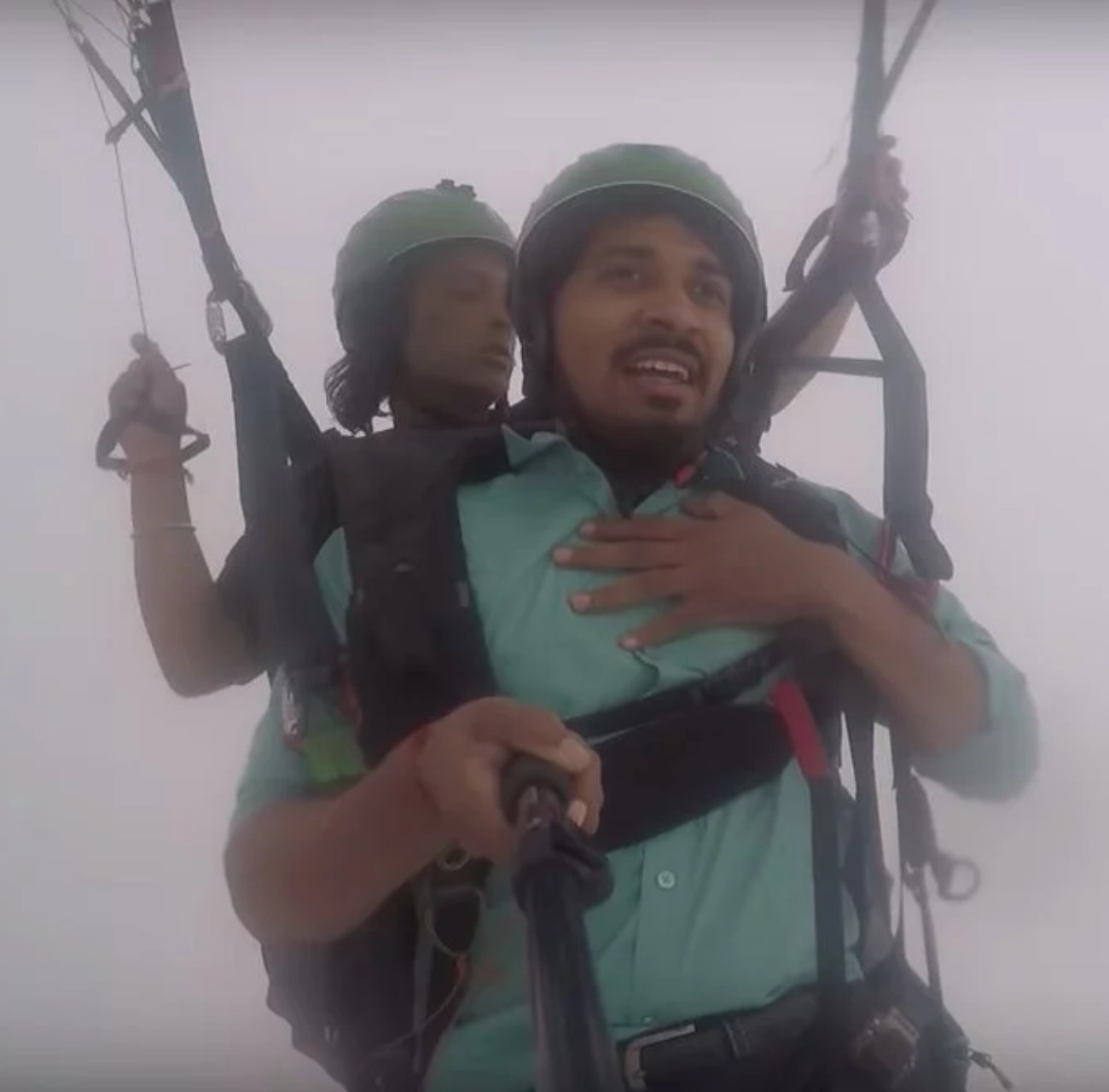 His emotions going up and down within seconds like a rollercoaster ride initiated a burst of loud laughter on the internet and he became the new material.

The 24-year-old Vipin Sahu, from UP’s Banda, went to Manali for a vacation with his friends where he decided to go paragliding.

Here are some of the best memes and jokes on Twitter.

*boards flight for the first time*

Me, five minutes into a family gathering. pic.twitter.com/9GL5SJrRuy

When salaried people take the plunge and start a business 🤣 pic.twitter.com/SdKXdDBI63

The recent paragliding man meme where he says "mei madarchod hu" is literally me after making life choices which I knew wouldn't be good for me.

Non-smoker when their friends smoke pic.twitter.com/s93wKp7rUS