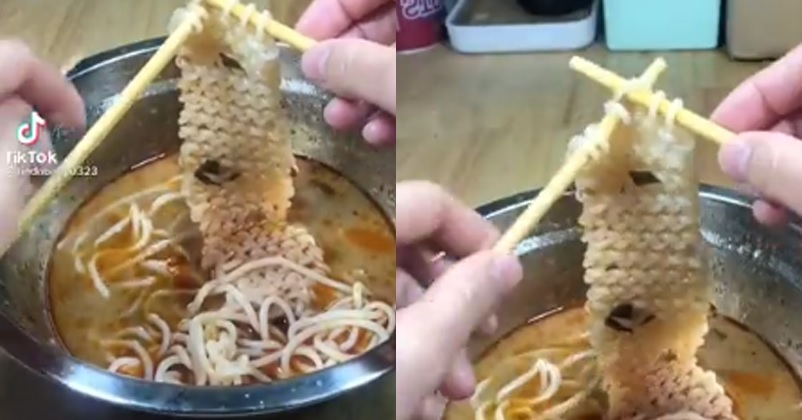 Knitting is one of the most popular and oldest arts of the world and it was pretty common for the women of the household to knit woolen sweaters for themselves and other members of the family. However in the present times, due to busy and hectic schedules, people have started buying readymade woolen sweaters and pullovers from the market.

The love for knitting has gained a little prominence during the times of the COVID-19 pandemic as people were forced to stay inside their houses and they wanted to do something constructive in this period. You must have seen eye-catching designs and beautiful patterns on the sweaters knitted by your mother or grandmother but have you ever heard of doing knitting noodles? Sounds unbelievable and strange but one person has actually done it and the video of the same is going viral on the Internet. 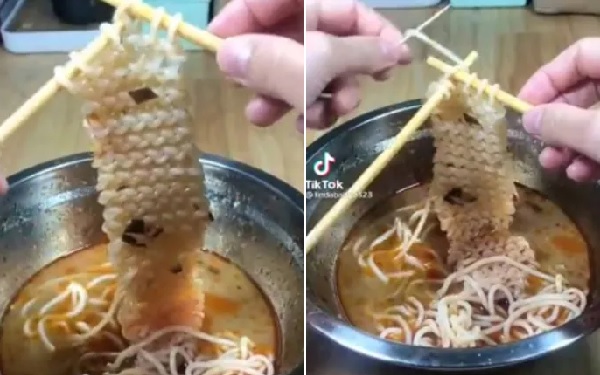 The clip was originally posted on the video sharing platform TikTok but now it is being shared on all other platforms including Twitter. It has been watched for over 7 million times on the micro-blogging site, has been retweeted for more than 82K times and has received above 379K likes.

Soon Twitter users started responding with their reactions and majority of them were not very happy with this art of knitting with noodle:

Make sure and take you time eating it. You don't wanna *scarf* it down.

this makes me uncomfortable omg

This is real now pic.twitter.com/69Yyz6xw51

If you ever knit my noodle I will take you out

There was another user who also posted a video of knitting with noodle in response:

What is your reaction?

Man’s Impromptu Dance Moves While Walking Down The Road Go Viral For All The Awesome Reasons
Munna Bhai’s Tactic Worked, Paralytic Patient Started Moving Seeing A Nurse Dance For Him