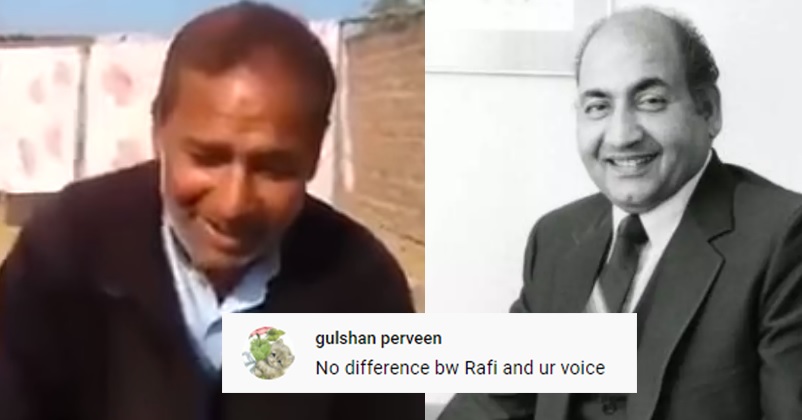 There is no shortage of talent in this world but at one fell swoop, it’s also true that not everyone gets the proper platform to showcase his/her skills. With the advent of technology, it has now become easier for people to reach a large mass and a major credit for the same goes to social media networks where people can share their videos and individuals from every nook and corner of the world can watch it.

Some time ago, Ranu Mondal rose to fame after her video was shared on social media in which she was seen singing Lata Mangeshkar’s iconic song. The clip changed her life as after that, she appeared in reality shows and even got a chance to sing songs in Himesh Reshammiya’s movie “Teri Meri Kahani”. Nevertheless, her success was short lived owing to the controversies she had been a part of. 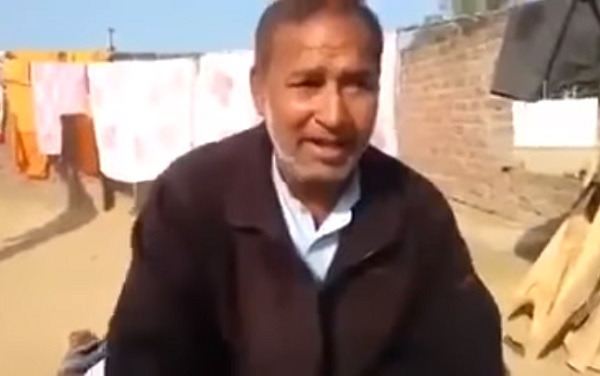 Now another video is going viral featuring a man whose voice is so soulful that netizens have compared him to the legendary late singer Mohammed Rafi. He is singing the popular track “Aane Se Uske Aaye Bahaar” and sounds flawless. In fact, people comment that they could hardly find out any difference between the voice of Mohammed Rafi and the man while some go on to say that the only thing which they could differentiate between the original one and this man’s singing is the sound of musical instruments.

Although the video was shared in 2018, it had not garnered views that it deserves as only 22K people have watched it so far. Nevertheless, netizens are truly in love with the voice of the man and feel that he should be given a chance to make a career in the music industry.

His voice is truly magical, isn’t it?