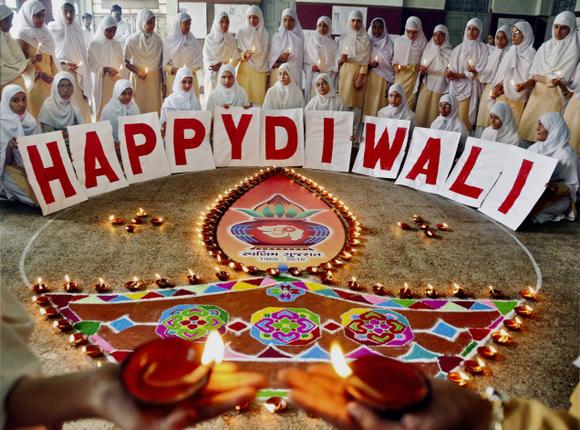 While the whole nation is getting divided on the basis of beef eating, and politicians are leaving no stone unturned to ignite the fight and fire between the two religion. But what takes is a simple act of love and care to bury the hatchet and spread happiness around, and that’s exactly what this Muslim Group in Pune is doing.

What happened was that, during the festive season fire broke out at the Meenatai Thackeray Vasahat, Mukund Nagar area in Pune. Almost 50-70 families lost all their livelihood, leaving them with almost nothing. Among the 50-70 families, 12 were Muslim families, who approached many Masjids ask for donations, but what they did differently was – The 12 families did not just made arrangements for themselves but also managed to light up life’s of the other affected family.

They formed a group “Bhaubandu – Bhaichara” with the help of Yasin Shaikh and made sure that the help reaches to every people who lost valuables in the fire. “This was not a political initiative. It was an act of kindness and humanity. Right now there are a lot of negative news spreading religious differences. Such actions should he highlighted to prove that we stand united in times of need,” said Yasin Shaikh.

What is even more great is the fact that each Hindu family got 15kg of goods to prepare sweet meats. Indeed, India needs this kind of secularism and not Cow+Beef+Politics.

This Is What Happens When You Skip A Class At This School
Four Months After Suicide, A Failed Engineering Student Declared Passed After Re-Evaluation