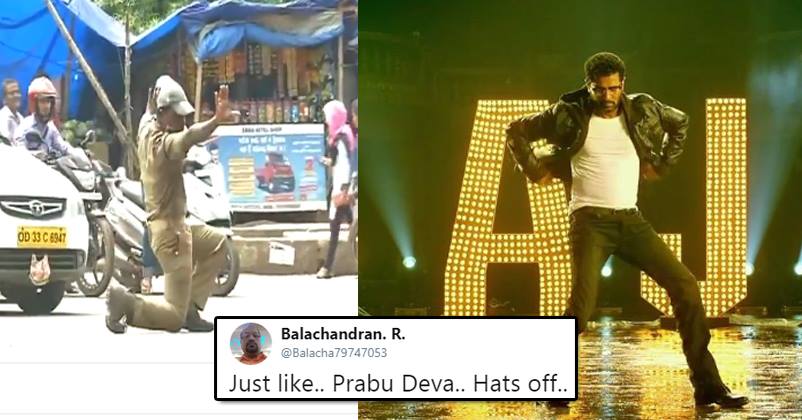 The daily commuting on the roads becoming longer and gets worse t when the sun is showing his swag and even became more worst in the Monsoon when the romantic rain became a nightmare for all.

But what if you get some entertainment during the hectic traffic jam, well recently in the Odisha there is a traffic cop winning the internet and getting praise from the localists too.

A 33 years old Cop named Pratap Chandra has been working as a traffic police personnel for four years in Bhubaneshwar, Orrisa and now he is becoming popular on social media because of his unique way to control the traffic

Here are some tweets

He loves his job 😍

And its the best thing ever

A profession of choice is better than professionwith money

one them even compare him with the God of dance Prabhu Deva, Well he is seriously doing a very tremendous job

Here’s How Anand Mahindra Reacted On Ex-Employee’s Claim Of Discrimination Against Homosexuals
Man Ra*es His Own Minor Daughter For 6 Months. Mother Caught Him Red Handed And Did This