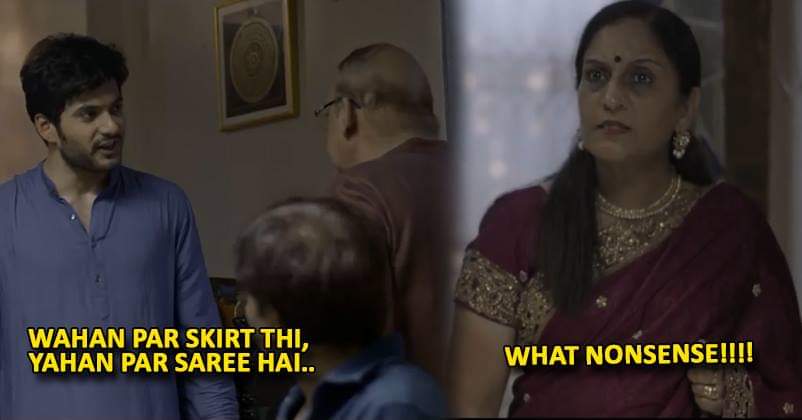 Diwali, for us Indians, is a time for fun and frolic. Well, more often than not, the concept of fun, or mazaak, is distorted way too often.

Today, people are more inclined to wish each other “Happy Diwali” through Whatsapp, rather than spend quality time with each other. Triace Entertainment brings to you a short film, which is bound to bring a smile to your faces, and at the same time make you think.

Think about it, most of us dedicate a significant portion of our lives watching forwarded videos on Whatsapp and Facebook, even if it is at the cost of others.

The film starts out with promise – dining room conversation between the elders of the family, while diwali preparations are on in full swing. It takes a different turn when the oldest member of the family forwards a lewd video on the family group, which shows men making fun of a woman leaning over. As one of the characters in the film mentions, “tera sense of humour kahan gaya, Adi?”

Videos we see more often than we want to. Right? Plus, it is common to see such content being forwarded. What’s the harm, right?

The film sends across a really strong message, in a subtle way. The elders of a family are expected to set an example for the younger generations. But forwarding such demeaning videos could prove to the kids that such behavior is not only accepted, but may also be taken lightly.

Is that how you want your kids to grow up?

If not, stop. Think before you forward that so-called-funny meme or video which may hurt the sentiments of others.

Continue Reading
You may also like...
Related Topics:Celebration of diwali, diwali, triace entertainment