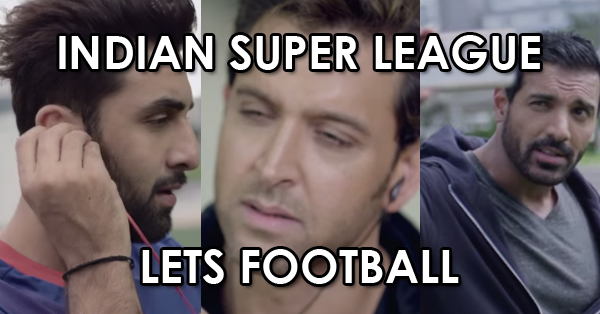 When was the last time you saw a video which had not one, not two, not three but 7 stars?? This star studded video promoting the ISL-Indian Super League Season 2 is just on in its mark and ready to start on 3rd October. This is the first time many Indians are actually excited and eagerly waiting for the league to start. Of course one of the reason behind are the stars who bought those teams under their name.
Here is the latest promo video of the Indian Super League Featuring Hrithik Roshan, Virat Kohli, Ranbir Kapoor, John, Sourav Ganguly & Abhishek Bachchan. The video show each of the stars bragging about their teams and the specialty their team has. Get ready Indian to FOOTBALL!!!

And Then Dada Says “Don’t Foreget Who’s Your DADA”

Which is your favorite team? Who do you think will win this time? Comment your views and favorite teams in the comment section below. SHARE & SPREAD this video and let all the Indians Go FOOTBALL!!

EPIC Fail From Microsoft’s Cortana During A Live Demo By Satya Nadella..!!
Think Before You Click A Selfie Next Time