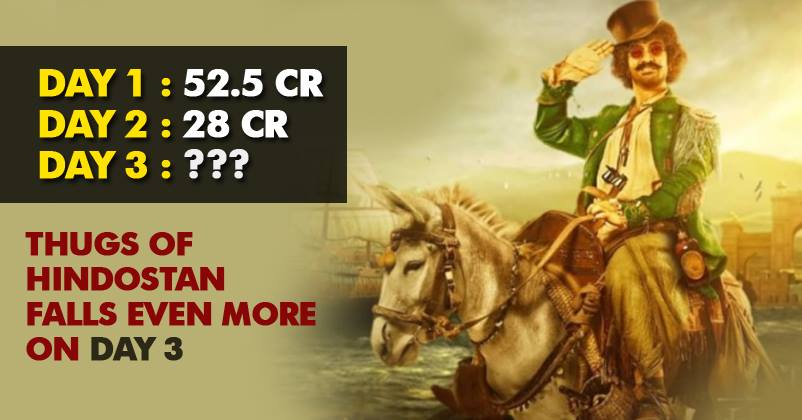 Thugs Of Hindostan was a termed a Disaster on Day 1 even though it had a record breaking start at the Box Office. The film had a really bad word of mouth and after collecting 52.25 crores net on Day 1 it dropped heavily on Friday. 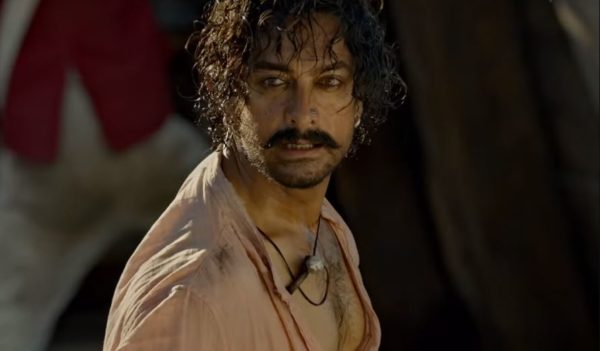 Instead of staying steady on Saturday, the collections further dropped and the film could make just 23 crores net approx.

Now that’s a big sign of danger and clearly suggests how disastrous the trend is going to be on weekdays i.e. after Sunday. Even Sunday collections hardly matter now because the film is heading towards being a Flop.

Thugs Of Hindostan has earned total 103.5 crores net approx so far and even though it has crossed 100 crores mark in just 3 days it doesn’t make any difference now. A film that could have easily gone past 400 crores mark lifetime with good wom may not earn even 200 crores now. Have a look at the 3 day breakdown- 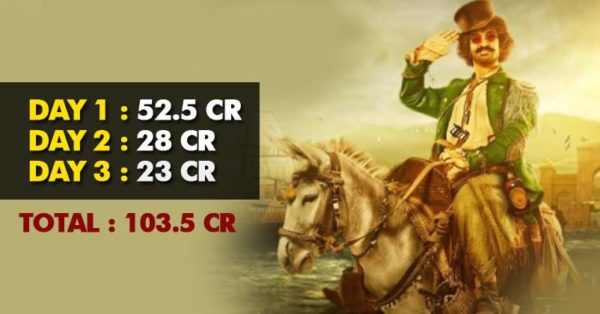 TOH is going to be first Flop of Aamir after Mangal Pandey: The Rising, which released back in 2005.

Tanushree Had S*x With Me, Cries Rakhi Sawant In An Interview. What’s Going On?
BJP Leader Wants A Ban On Sara’s Debut Film Kedarnath For Allegedly Promoting Love Jihad