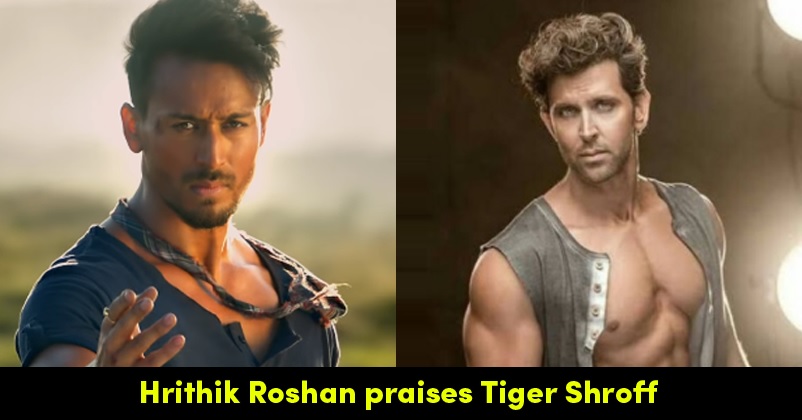 Bollywood actor Tiger Shroff is pretty busy nowadays with the promotion of his upcoming movie “Baaghi 3” in which he is working with Riteish Deshmukh, Shraddha Kapoor and Ankita Lokhande. The flick is directed by Ahmed Khan and it is going to release on 6 March 2020.

Tiger is quite active on social media and he regularly updates his fans about his life by sharing photos and videos. Recently, the “Student Of The Year 2” actor posted a still from the action sequence of “Baaghi 3” in which he is seen in a full-on action mode, holding guns in both the arms and showing off his chiselled body. 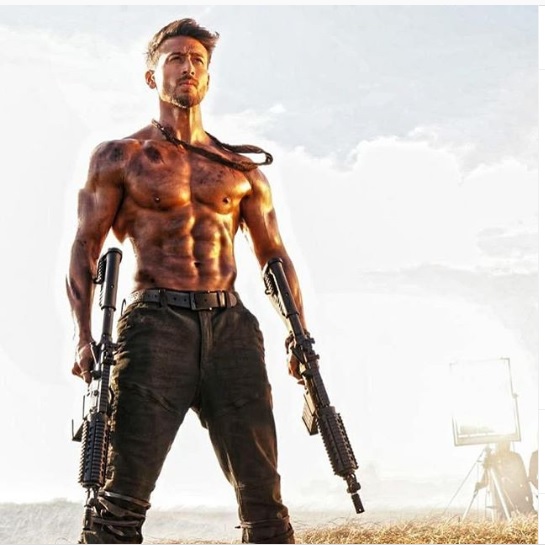 The caption that he wrote was, “Hope I come out of this in one piece.”

Hope I come out of this in one piece. #baaghi3 #promotions #march6 #seeyouincinemas

Soon after Tiger posted this photo, he got a reaction from someone whom he adores and admires a lot. We are talking about none other than Tiger’s “War” co-star Hrithik Roshan who himself is a fitness freak and has the looks of a Greek God. Hrithik gave full ten points to Tiger and responded with a comment in Hindi which read, “Dus Number” with a thumbs up emoji. 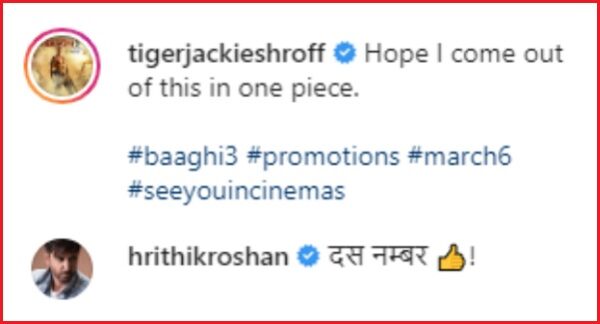 Talking about “Baaghi 3”, Shraddha Kapoor is going to make a comeback in the “Baaghi” franchise as she was in the first installment but Disha Patani replaced her in the second part. As far as the movie is considered, going by the trailer, it can be said that it is an action-packed movie in which Tiger is going Syria to save his brother and he will be seen fighting against the whole country.

Riteish Deshmukh is playing the character of Tiger’s elder brother and this will be the first time when Tiger will work with his father in a movie as Jackie Shroff is also a part of the film. Recently, the cast of “Baaghi 3” appeared in the comedy show The Kapil Sharma Show for the promotional purposes.

Are you eagerly waiting to watch “Baaghi 3”? What do you expect from the flick?