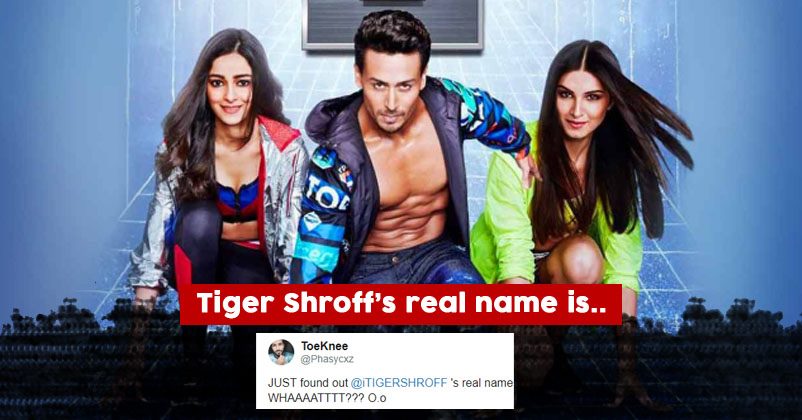 But did you know that even Tiger Shroff’s this name is not original?

Yes, that’s right! Tiger’s real name is Jai Hemant Shroff and when people came to know about it they couldn’t stop wondering about it on the social media.

Did you know about it earlier?

Meanwhile, Tiger Shroff will be next seen in upcoming action films Baaghi 3, YRF’s Untitled with Hrithik Roshan and Rambo remake. Are you excited for these films?

Continue Reading
You may also like...
Related Topics:Tiger Shroff