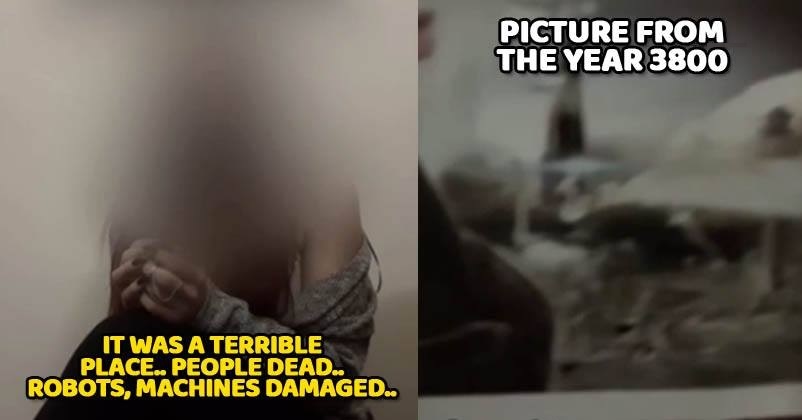 Off late we’ve heard a lot of stories regarding time travel. Many self-proclaimed time travellers claimed that they have come from future and gave warnings like World War 3, Global Warming and even Alien Attack. 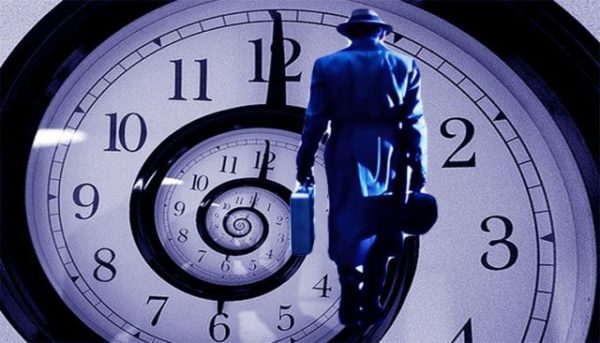 Now another woman who calls herself a time traveller claimed that she travelled to 3800 and came back to this time with the help of a time machine. She even shows a picture she claims to have clicked in 3800.

A YouTube video has the lady talking about her time travelling experience. Her face has been blurred and the voice has been distorted. She appears to be saying that she is from Albania and travelled to 3800 with the help of a time machine invented by a Belarusian physicist named Alexander Kozlov.

Recalling her time travel, the girl who called herself Bella in the video tells-

“I felt a very strong current voltage in the body. Everything was black in my eyes and around me. When I opened my eyes, I expected to appear in a new wonderful place with nice trees, flying machines but I saw ruined buildings, corpses of people, destroyed gadgets, robots all damage. That stupid man sent me to the terrible time. Very terrible time so it was very ugly and horrible place.”

Bella than shows the picture that she claims to have clicked in 3800. A pretty sketchy picture comes out to show the chin and lips of a woman standing against the backdrop of some futuristic looking structures and lights in the distance. 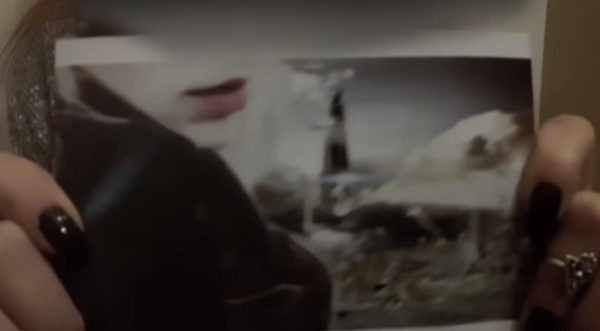 Bella also talked about how AI and Humanoid robots will rule the planet in future. She claimed to meet a killer robot machine and said-

“A robot was so terrible, he was made of metal and his fist was made of silicone. He had facial expressions, gestures. I want you to imagine a metal man, incredibly strong without the feeling of pity. He asked me in an angry voice where I was from. I kept silent.”

Bella has also claimed that this secret time travel technology was built a decade back. Talking about why she didn’t speak about it earlier, Bella said Bella claims to have considered taking the story to the press and TV but ultimately realised despite her best efforts to break the silence, “nothing would be changed”.

However, all this is more likely to be just a hoax. As per Express UK, unless Mr Kozlov has figured out a way to re-write the laws of physics, scientists agree there is no known way to travel through time.

According to Professor William Hiscock, of Montana State University, humans do not have the technology to successfully move backwards through time and space.

“Time travel into the past, which is what people usually mean by time travel, is a much more uncertain proposition. There are many solutions to Einstein’s equations of General Relativity that allow a person to follow a timeline that would result in her or him encountering herself – or her grandmother – at an earlier time. The problem is deciding whether these solutions represent situations that could occur in the real universe, or whether they are mere mathematical oddities incompatible with known physics.”

Continue Reading
You may also like...
Related Topics:Time Travel

China Comes Up With Smart Solution For People Who Cross Road Illegally. Installs Water Pistols
Ask Apple’s Siri The Meaning Of Mother And It Answers Mother F****r. This Is How Twitter Reacted