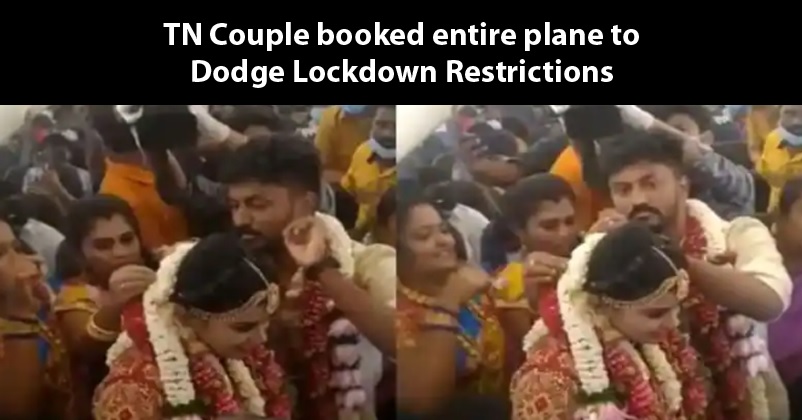 The country is fighting against the second wave of COVID-19 and almost all the states have imposed lockdown in order to stop the spread of the lethal virus. Many restrictions have also been imposed in regard to the number of people who can attend an event; for example, most of the states have restricted the number of guests in a marriage to 50 while only 20 persons can attend the last rites. 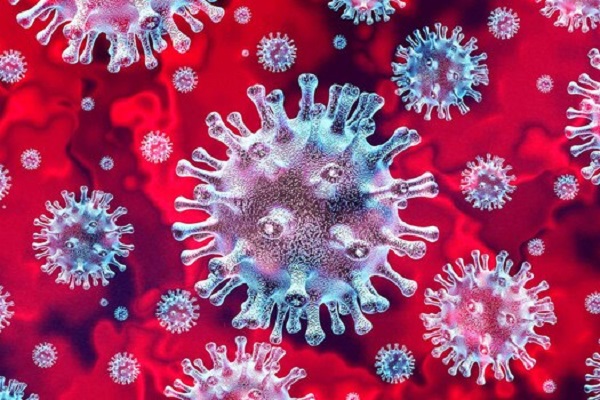 However a couple from Madurai, Tamil Nadu, found out a unique way of getting married in a grand manner and celebrating it with their family and relatives. We are talking about Rakesh and Dakshina who rented a chartered plane and got married in the presence of their 161 relatives inside the airplane. 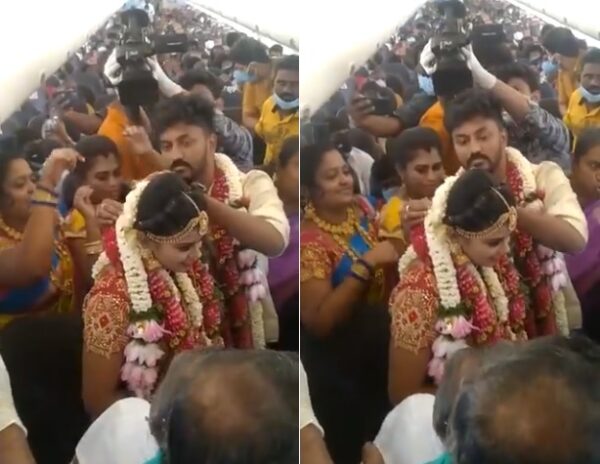 As per the sources, on Sunday morning at 7 am, the flight took off from the Madurai International Airport and the airplane was in the air for around 2 hours. The couple got married when the airplane was flying in the air around the Meenakshi Amman temple.

A couple tied the knot on-board a chartered flight from Madurai, Tamil Nadu. Their relatives & guests were on the same flight.

The photos of the wedding ceremony have gone viral on social media networks in which nobody is seen wearing masks and social distancing is also not practiced in the airplane.

Rakesh-Dakshina from Madurai, who rented a plane for two hours and got married in the wedding sky. Family members who flew from Madurai to Bangalore after getting married by SpiceJet flight from Bangalore to Madurai. #COVID19India #lockdown @TV9Telugu #weddingrestrictions pic.twitter.com/9nDyn3MM4n

The Superintendent of Police has called it an unusual violation and said that it is still to be decided whether the case has to be registered in the city or in the rural limits. The airline service whose chartered plane was rented has also been asked to give an explanation regarding the huge number of people present in its flight.

S Senthil Valavan, the Airport Director, accepted that the airport authorities gave permission to the airline service for the chartered flight service but he also made it clear that the authorities were not aware of the plans of marriage in mid-air. He also admits that there is no doubt that the COVID-19 precautionary norms have been violated by the people inside the flight.

The couple claimed that each guest had undergone the RT-PCR test and every person’s report was negative. However, the collector has stated that an investigation has been launched into the matter and the suitable action will be taken after the probe gets completed.

What do you have to say about this unusual wedding in the times of the coronavirus pandemic? Power of money or lack of sense? Let us know your views in this regard.