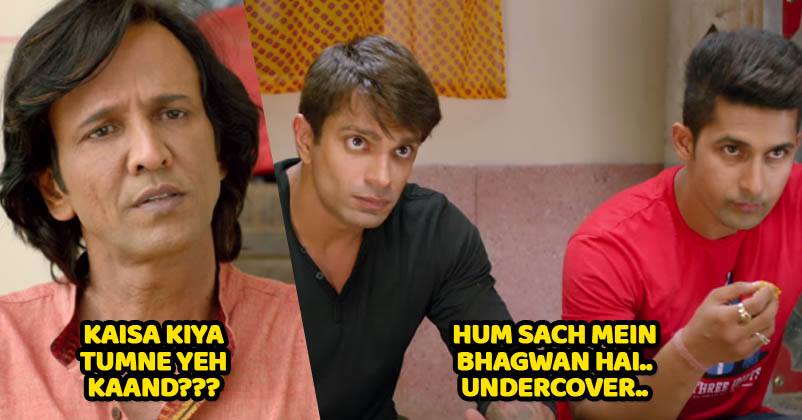 When Karan Singh Grover had unveiled the poster of 3 Dev, a comic movie, we were already waiting for the release of the trailer.

Finally, it was released yesterday and we already got an idea of how amazing the film is going to be.

TV star Ravi Dubey is going to make a debut with this movie and we are sure he’ll do his best. 3 Dev’s cast is superb; the movie stars Kay Kay Menon, Kunaal Roy Kapoor, Ravi Dubey, Raima Sen, Karan Singh Grover and Tisca Chopra.

The trailer of the film is hilarious and it sheds light on how superstitious people are these days. People usually depend on God to make them free of problems and this movie is a comic take on this fact.

3 Dev revolves around 3 conmen, a lier, a thief and a charsi. Kay Kay Menon rents out his flat to Ravi Dubey, Kunaal Kapoor and Karan Singh Grover and humorous incidents follow.

He makes other people believe that these 3 are God’s avatars and makes them do many things for money.

The film is all set to hit the screens on the 1st of June 2018. Are you excited to watch it?

Raveena Tandon Shut Down A Troller Like A Boss Who Tried To Teach Her On Religion
Viral Personality Of The Year Priya Prakash Gets Her 1st Award. Big Moment For Fans