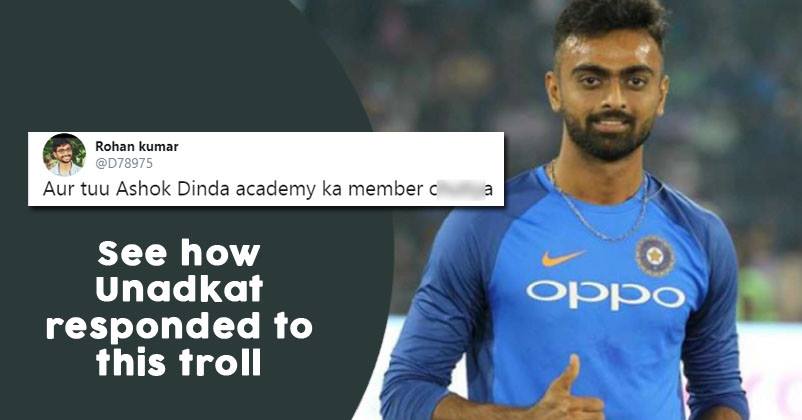 The social media platforms are a great way to connect with each other and the Indian cricketers of the present generation are quite fond of such networks in order to interact with their fans or for expressing their opinion on different matters. However, sometimes things get ugly as some online users act mean and try to troll celebrities from television or film industry and sports world.

Indian pacer Jaydev Unadkat is presently out of the Indian squad and his performance during the Indian Premier League (IPL) tournament for his team Rajasthan Royals was also quite disappointing. 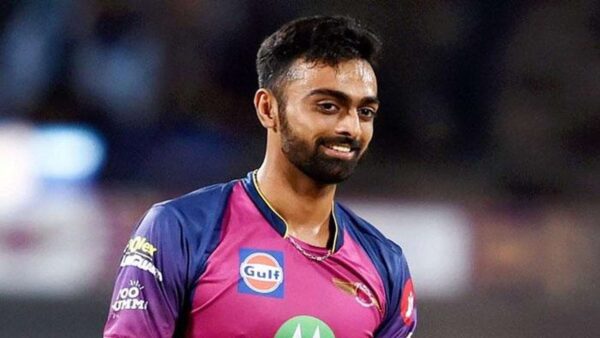 Recently, Unadkat took to Twitter to praise his Rajasthan Royals teammate and former Australian skipper Steve Smith for his amazing performance in the ongoing Ashes series and compared him with Don Bradman.

Jaydev Unadkat wrote, “A master-class in action! What a fighter this guy.. @stevesmith49 #Bradmansque” and he retweeted a tweet which talked about the runs scored by Steve Smith in the last seven innings in Ashes.

A master-class in action! What a fighter this guy.. @stevesmith49 #Bradmansque https://t.co/qj0N0TwB6w

After this tweet, an online user tried to make fun of the cricketer by calling him a member of Dinda Academy and used abusive word for him. During the IPL, a bowler who performed badly was taunted as a member of Dinda academy and the matter got so controversial that Ashok Dinda had to intervene and shut down all the trollers.

In response, he wrote, “Don’t you people have anything else to focus on? Seriously? So much hatred & jealousy for what?”

Don’t you people have anything else to focus on? Seriously? So much hatred & jealousy for what? 🤷🏻‍♂️😄 https://t.co/ZP1PK5Ypy2

We hope that the troller would have learnt a lesson and would focus on something meaningful in life now. What do you say?