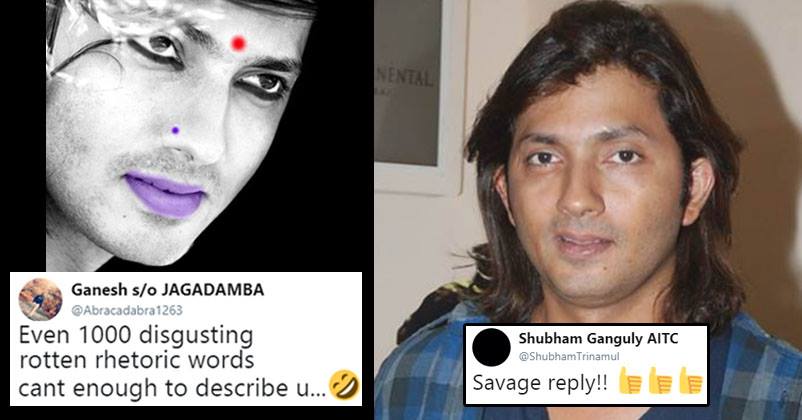 Yesterday, Twitter increased the limit of characters to 280 and since then, social media has gone crazy. They are experimenting with this new writing style & coming up with some of the funniest tweets and jokes.

Many celebrities tweeted about this increase in the limit and some of them included, Amitabh Bachchan, Chetan Bhagat & Shirish Kunder. As we all know, Shirish is very good with humor on social media and time and again, he keeps tweeting actively.

Talking about the increased limit, Shirish Kunder tweeted, “If you can’t be funny in 140 characters, #280characters will only make it worse.”

If you can't be funny in 140 characters, #280characters will only make it worse.

This was indeed a sarcastic tweet, but it caught the attention of a troller. He made fun of Shirish Kunder by turning him into a woman.

His tweet read, “Even 1000 disgusting rotten rhetoric words cant enough to describe u…🤣🤣🤣”

The moment he trolled Shirish, he blasted him with a hard-hitting reply. Check out what he said,

Am I supposed to feel humiliated because you turned my picture into a woman? https://t.co/MkNPiTrW5M

He said, “Am I supposed to feel humiliated because you turned my picture into a woman? ”

Well, Shirish literally displayed the “Mujhe fark nahi padta hai” attitude and made him realize that he doesn’t give a damn. In fact, he said that being a woman is not humiliating.

People lauded him for his ultimate sense of humor. Check out the tweets…

Too good with words!

This guy is too good with Word..👏👏

We loved Shirish’s savage reply. What about you? Did you enjoy it?

Continue Reading
You may also like...
Related Topics:shirish kunder, Troll

BB 11: Along With Hina Khan, Even This Contestant Has Been Sent To Jail
Female Fan Said She’ll End Life If Varun Dhawan Doesn’t Reply. He Filed Police Complaint