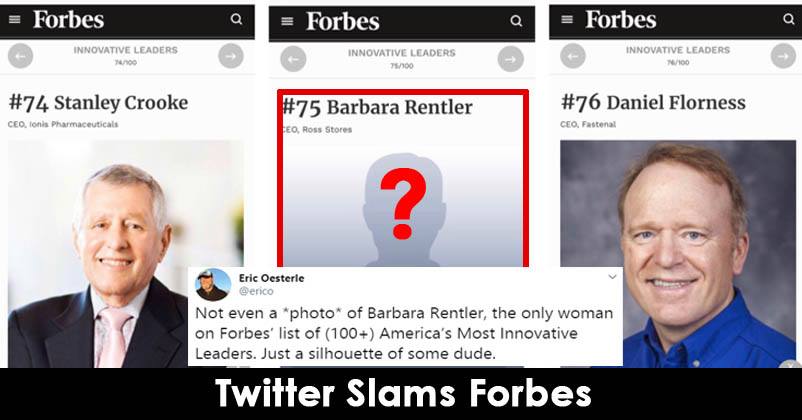 Forbes Magazine released its annual list of the 100 innovators of 2019 the list is dominated by Tesla’s Elon Musk then by Jeff Bezos the CEO of Amazon. In the list of 100 innovators only one woman is there which didn’t really go down well with netizens.

The list includes 99 men and only one woman that to in 75th position, can you imagine. The place has been secured by Barbara Rentler CEO of Ross Stores and Forbes even failed to attach a picture of Barbara. The report is titled as Meet America’s most innovative leaders of today. 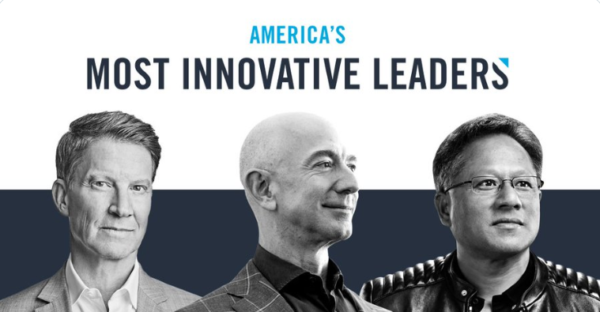 It instantly irked the twitteratis and they took no time to slam the biggest magazine of the United States of America. People believe there should have been at least two list of innovators just like Forbes releases other set of lists each year.

Check out some of the fuming tweets:

I've been thinking about how it was possible for @Forbes to have one woman on the list of 100! And not even include a picture. My theory is that they had no women at ALL….. https://t.co/zWfrCq9RPC

Not even a *photo* of Barbara Rentler, the only woman on Forbes’ list of (100+) America’s Most Innovative Leaders. Just a silhouette of some dude. pic.twitter.com/ceUaxx3uCG

Fixed this for you, @Forbes…
Here's the photo of Barbara Rentler (the only woman you could find) for your Top 100 Most Innovative Leaders list – but somehow couldn't track down a single photo of… Welcome to 2019. https://t.co/HkgkjB7J6O pic.twitter.com/jra0eTTaWj

Wow @forbes @jeffrey_dyer @nathan_furr @clefrandt @Mike_Federle. You should be ashamed of yourselves. It's 2019 and America's Most Innovative Leaders is 99 MEN AND ONE WOMAN? Un-bloody-believable. Did no one at Forbes query this? Where were @forbeswomen? https://t.co/NQyxHk82oJ

At first I thought maybe they had a men's and women's list….🤦‍♀️ pic.twitter.com/gBNUpH2h5y

Not even a *photo* of Barbara Rentler, the only woman on Forbes’ list of (100+) America’s Most Innovative Leaders. Just a silhouette of some dude. pic.twitter.com/ceUaxx3uCG

So this is kinda random but I just noticed that the three men who created that 99%-dude Forbes list have not been on Twitter since 2016, 2015, and 2014, respectively. And it’s a list about innovation. This makes me blink hard. pic.twitter.com/QWPwJDLf3A

This is disgraceful Forbes!