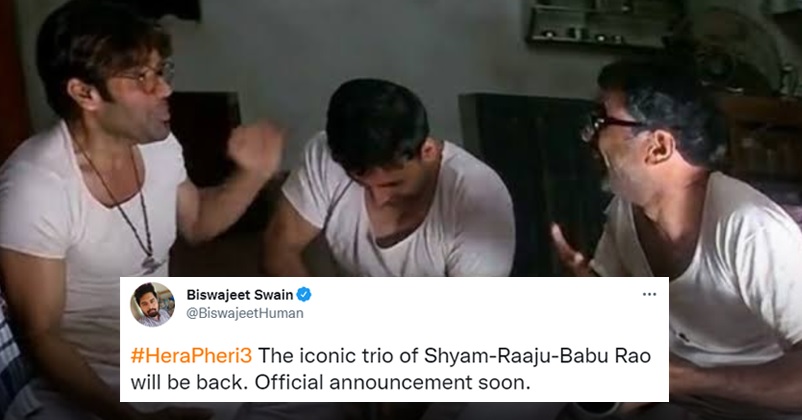 It’s a great day today for the fans of “Hera Pheri” as the producer Firoz Nadiadwala has recently confirmed that work on the third part of the franchise is going on. Not just this, he also says that the trio of Akshay Kumar, Suniel Shetty and Paresh Rawal will be playing their respective characters in the movie. He adds that they have the story in place but there are certain modalities on which they are working and the flick will be made in such a manner that the characters don’t lose their innocence.

Firoz Nadiadwala also states that they need to be extra cautious in terms of content, story, screenplay, mannerism, etc. because they just can’t take achievements of the past for granted. He also assures that they will make an announcement in this regard soon.

“Hera Pheri” is one of the most successful franchises of Bollywood, the first part of the series was released in 2000 and it was a huge hit. The second part hit the theatres in the year 2006 and it also performed pretty well on the box-office. While Tabu played the female lead in the first part, in the second part Bipasha Basu and Rimi Sen added the flavor of glamour in the flick. 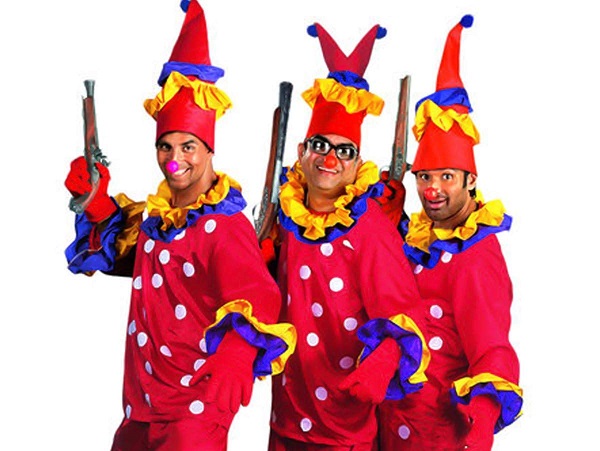 Soon Twitter was flooded with memes as fans were pretty excited after hearing about the third installment but there were some who were of the opinion that only talks are going on and nothing concrete has taken place in relation to the making “Hera Pheri 3”. The reason behind their negative thinking is quite simple as we have heard many times that the work on the third part is going on but it has been nearly 16 years that the fans are waiting for it.

We are getting Hera Pheri 3? The iconic trio is coming back…OMGGGGG pic.twitter.com/6Dmn3ElUMS

After waiting for many years!

We are getting Hera Pheri 3? The iconic trio is coming backkkkkk…….

Avatar and endgame records after Hera-Pheri 3 release be like pic.twitter.com/vxjvg0fzW6

Me to the Makers of HERA PHERI 3 —

Most Thrilled ending in the History of Indian Cinema..#HeraPheri3 pic.twitter.com/ZgZxBd6V0S

Hera Pheri 3 confirms with the same starcast
Me: #HeraPheri3 pic.twitter.com/57R4e29izg

Me to those ..who r thinking that movie is coming: pic.twitter.com/ScvpIbEf3q

By when can we expect the third part of “Hera Pheri”? Any guess?