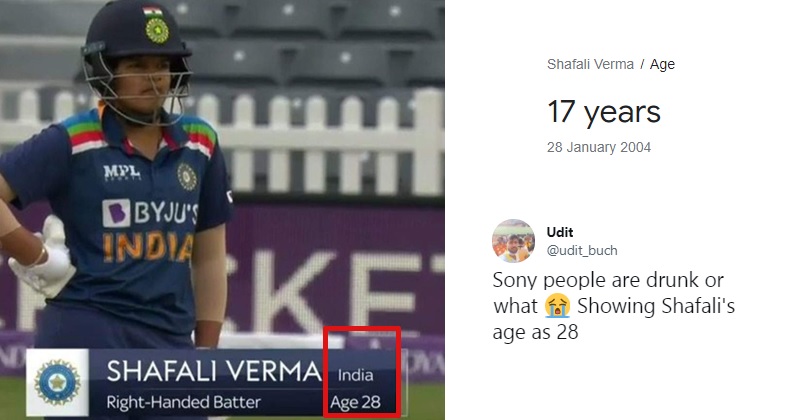 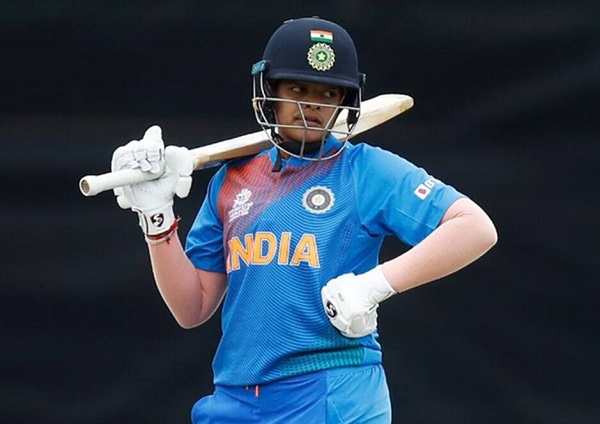 Shafali Verma, the young Indian woman cricketer, made the country proud when she played brilliant knocks in both the innings of the one-off test match against England. She scored 96 in the first innings whereas in the second innings, she made 63 runs which helped her team a lot in drawing the match.

Shafali Verma was also a part of the Indian squad which played in the first ODI against England and with this, she became the youngest Indian cricketer to make her debut in all the formats for the country. Shafali’s age was 17 years and 150 days at that time and earlier this record was in the name of Smriti Mandhana who was 18 years and 26 days old.

In the first ODI against England, Shafali Verma was able to play a big innings as she got out for 15 runs after giving a catch to Anya Shrubsole on the bowling of Katherine Brunt. The match was won by England by 8 wickets as the hosts achieved the target of 202 runs with 91 balls remaining in their innings. Mithali Raj was the top scorer for India with 72 runs while Tamsin Beaumont (87 not out) and Nat Sciver (74 not out) played match winning knocks for their team.

However, the Indian cricket fans were pretty annoyed with the broadcasters as they showed the age of Shafali Verma as 28 instead of 17 and this is certainly a big goof-up, especially when she became the youngest Indian cricketer to debut in all the formats. 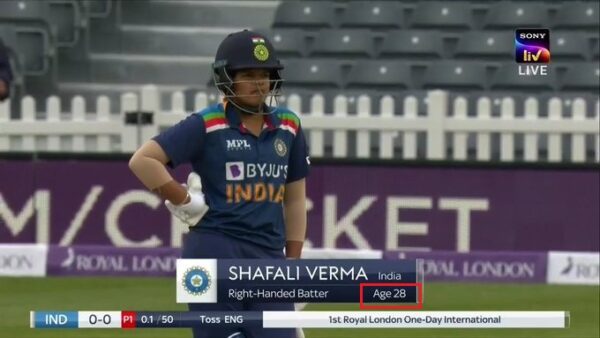 Sony people are drunk or what 😭 Showing Shafali's age as 28

Shafali Verma's age is 17 but how they showed 28 @BCCIWomen#ENGWvINDW pic.twitter.com/qRG0ro9pjN

Lol wait that introduction is saying age of shafali is 28

.@SkyCricket – on the screen it said Shafali Verma was 28.

A lot is being expected from Shafali and hopefully women’s Indian cricket team will be able to make a comeback in the ODI series as well as play well in the 3-match T20I series.