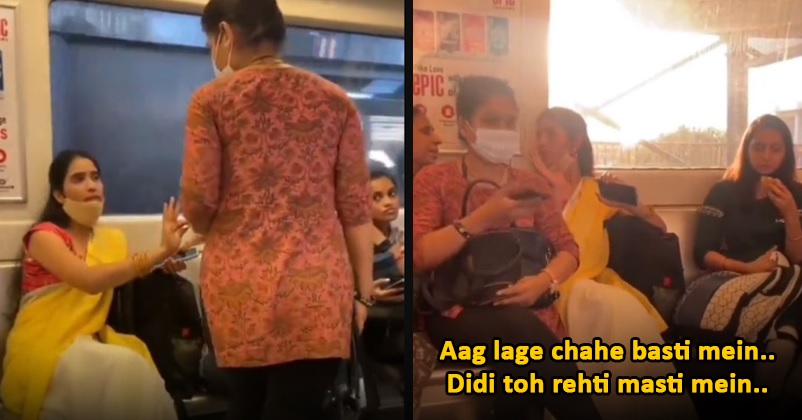 In the present times, there are many entertainment options available for us be it television, movies in cinema halls or movies/shows/web series on the digital platforms, etc. and apart from these all, it won’t be wrong to say that social media platforms are also a great source of entertainment. However if we pay a little attention, we will find that there are many things happening around us which can also give us a good laugh.

If you are a regular commuter of public transport, you will definitely understand the importance of getting a seat and there are times when a person is so tired that he/she can even get involved in a fight for the purpose of getting a seat. Commuters standing in metros and local trains during the peak hours is a normal sight in India but what is more irritating is when people keep their bags on a seat in order to reserve the seat for someone who is going to join them from another station despite the fact that there are some people who need a seat. 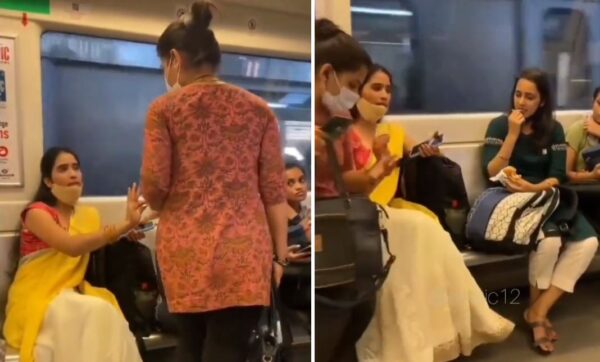 A video clip is going viral on the Internet and social media in which two women are seen sitting with their bags on the seats. A female commuter comes and asks them to remove the bags which they refuse. After this, the female commuter sits in the little space between the woman dressed in yellow and another passenger which irritates the latter and she also gets indulged in the war of words with the woman dressed in yellow. However, what is catching everyone’s attention is the woman in green who is not at all affected with this fight and keeps on enjoying her burger.

Max relate with the girl in green enjoying her burger 😂 pic.twitter.com/EcYwmJv4pY

The video went viral for all the obvious reasons and netizens had a field day while enjoying women’s fight and the burger woman’s chilled out attitude. Some even pointed out that she threw ketchup packet on the ground and made it dirty while few other said that eating is not allowed in metro. Check out some of the selected reactions:

Eating is not allowed in metro let alone throwing leftover here and there. One more reason why we are third world and don't deserve better transport.

Sshe has reached the Nirvana you know! She has seen it all !

It is true indeed. Common sense is really uncommon in people. But also hats off to the lady in green who has "i don't give a f*** attitude." 😂☺️ https://t.co/nUg1zWs1qe

The Green Dress lady is no less.
1. Hijacked the seat with her own bag.
2. Opening the sauce packet, and throwing the garbage on the floor.
3. Uske sir ke upar ek sign hai, “No Eating and Drinks” in Metro 🫤 pic.twitter.com/GvUmejlXbc

Should not. For one, she has kept her bag on seat not allowing another fellow passenger to even have a courtsey of being offered a seat. Second, she is throwing ketchup packet in the train. Seems awkard to relate to such kind of individuals.

I wish i could be that cool with the things around me. https://t.co/EEX4na3gmU

And see how she throws sauce sachet after cutting it

She is living in her own world, isn’t she? What is your opinion in regard to the incident? Share with us.