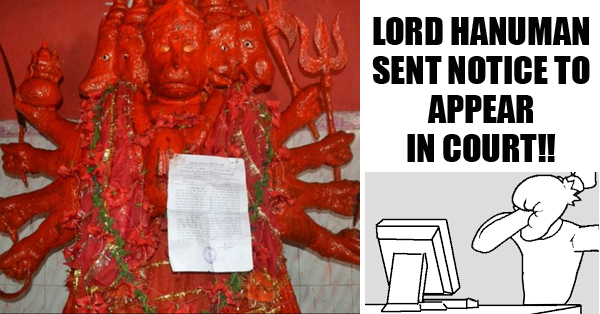 District officials pasted this order of the court on Lord Hanuman’s idol at the Dehri-on-Sone temple in Rohtas district. In its complaint, the department sought the intervention of the court for removing ‘Panchmukhi’ Hanuman temple as lot of obstruction was caused to the moving traffic.

The court notice has been opposed by a group of Local Bharatiya Janata Party workers and Bajrang Dal activists and they have demanded the withdrawal of the same. Earlier in this month, an encroachment notice has been issued by a district official against ‘Bajrang Bali’ with regards to a roadside temple in Begusar dedicated to him.