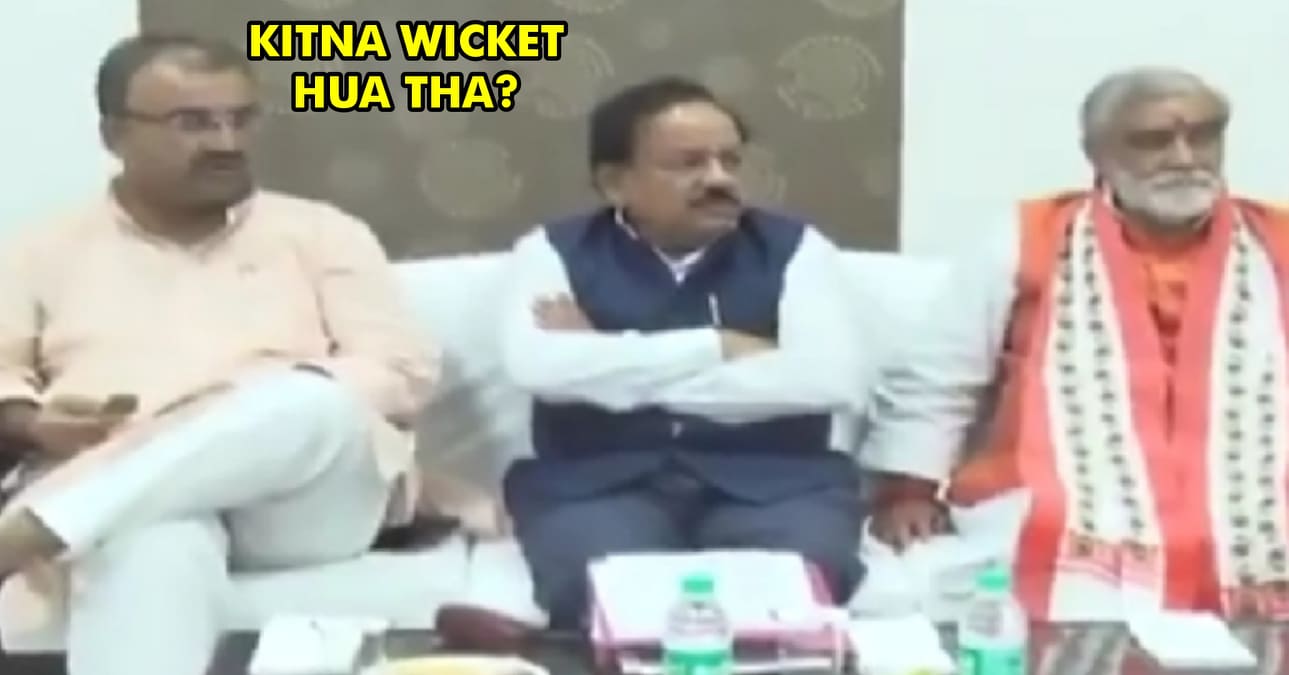 Encephalitis a life taking disease has suddenly spiked up in the state o Bihar. More than 100 children have already lost their lives and more than 270 are admitted. The number of people passing away is increasing day by day and the government is failing to take the right action.

At the meeting with Union health minister Harsh Vardhan and his deputy Ashwini Kumar Choubey, Pandey seemed to be more concerned about the India-Pakistan match that happened yesterday. It can be seen in the video, how he is aking about the current score.

It is utterly disgraceful on how a health minister above all is so insensitive about such a huge thing. Naturally, this angered the people and they took to Twitter to show their displease.

100+ people died and our health minister is concerned about cricket during meeting. Waah. True signs of acche din.

It happens in our nation. Once MPs & MLAs get elected then they treat their public in this way.
Actually, these type of leaders don't know the meaning of a leader.
It is our fault that we elect such type of people for MLA & MP.

These type of peoples are stigma in Government.

As many as 125 children have died in Bihar with symptoms of AES ( Acute Encephalitis Syndrome ), while the government has been saying that major deaths have been caused by hypoglycemia, a condition of extremely low blood sugar and electrolyte imbalance, due to which hundreds of kids have lost their lives.

Encephalitis, A Rare Disease Takes Lives Of More Than 100 Children In Bihar
As Encephalitis Worsens In Bihar, Government Fails To Provide Even Basic Care To The Children