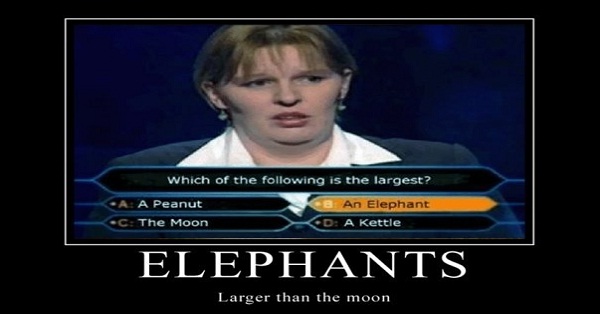 A country whose literacy rate is more than 95% can be called a country full of geniuses. Well, exactly not genius but we might expect the people of that country to have some general information about the world. Americans brag about being superpower of the world. But after watching this video which shows how dumb they are, you’ll probably laugh at them.

Julian Morrow, a reporter from a famous News Channel in USA decided to ask some general questions from random people on streets. Check out some hilarious and dumbest answers from these Americans which probably a kid from 10th standard could answer in India.

Check out the video which shows how dumb Americans are

Let us know your thoughts on the video in the comments section below.

Continue Reading
You may also like...
Related Topics:Americans, Dumb, This Video Shows How DUMB Americans Are !