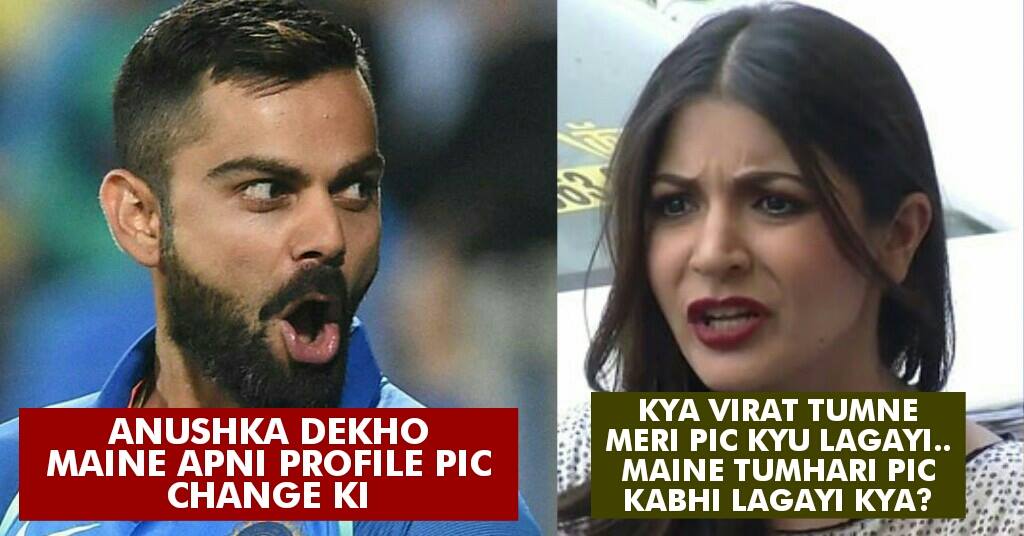 Virat Kohli and Anushka Sharma’s relationship is still a puzzle for many of us. We always see the two together on various occasions but none of them have confessed about their real feelings yet.

There are instances when Virat Kohli has expressed his love quite vocally on social media but Anushka Sharma has always maintained silence on the question.

In interviews, Anushka said that she doesn’t like revealing much about her personal life and maybe that’s why she hardly speaks about it.

If we all remember, we saw Anushka Sharma and Virat Kohli making an appearance together at Yuvraj Singh’s wedding. Not just that, the two of them were even shaking a leg together.

The videos from the wedding became viral.The latest thing Virat has done will make you fall in love with him even more.

The cricketer has changed his display picture on Instagram with an adorable photo of him and Anushka that was taken in Yuvraj Singh’s wedding. The photo had already become viral few days back and recently Virat changed the photo to express Anushka Sharma’s importance in his life.

In various instances Virat always took a stand or expressed his love, we are expecting the same from Anushka Sharma really soon.

Happy women's day to every woman out there, but specially to the two strongest women in my life. My mom for looking after the family in toughest times in life and @anushkasharma for fighting against the odds regularly and standing up for righteousness and changing the norms ❤#happywomenday

Everyday is a valentine day if you want it to be. You make everyday seem like one for me ❤❤. @anushkasharma

All we hope is that the couple makes it official. We love the Bollywood and Cricket association, what do you guys think?

Upasana Speaks On Kapil-Sunil Fight! Her Statement Is A Hint That Sunil Will Be Back!
Day 1 Collections Of FF8 Witness A Huge Jump, Bollywood Movies To Face Tough Competition!