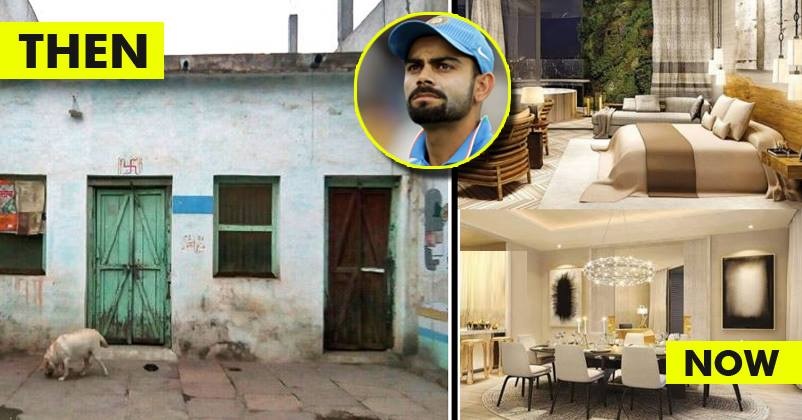 Indian cricketer Virat Kohli is basically not from Delhi and many people might be surprised to know that his family belongs to Katni, Madhya Pradesh. His uncle and aunt still live in that city; however they haven’t talked to Virat for years now. Virat came to Katni after the death of his brother in 2005. Virat’s aunty Asha Kohli has worked as Mayor of the Katni city. She told that during the partition, Kohli’s grandfather came to Katni. Virat’s father Prem Kohli studied from Gulabchand School in Katni; after that he went to Sarangpur and from there, he shifted to Delhi. Virat with his father

Virat’s uncle doesn’t remember when he talked to Virat last time but it definitely has been a long time. Since Virat has started playing International cricket, he has talked to his uncle and aunt just a couple of times. They also say that as Virat is a celebrity now, talking to him is not an easy so we also don’t disturb him but they talk to his mother and elder brother Vikas regularly.

Virat’s uncle Girish Kohli told that Virat came to Katni in 2005 when Girish’s son died. His ancestral home was also here, in which his father used to live; however, the house has been sold now. Girish told that Virat’s father lived in Nairobi for 15 years and after returning from Nairobi, he started a business in Delhi which is now handled by Vikas. Virat’s elder sister has been married, however he couldn’t attend the wedding as he was busy with New Zealand tour.

Virat’s cousin Rupak Kohli works in a multinational firm in Gurugram and he keeps the same hairstyle and beard as those of Virat. Rupak tells that he congratulated Virat on his wonderful performance in World T-20. He seems to be very busy and that is why his family members keep him free so that he can focus on his game.

Asha Kohli told that Virat has shifted from Delhi to Gurugram as he was having problem in travelling to airport and for some other works too. It has been nearly five months since he has shifted to Gurugram.

Here are some pics of Virat’s new home which cost him Rs. 34 Crore (Pics from builder):

Well, Virat Kohli has proved that people can achieve just anything with their talent, will power and determination! What do you say?