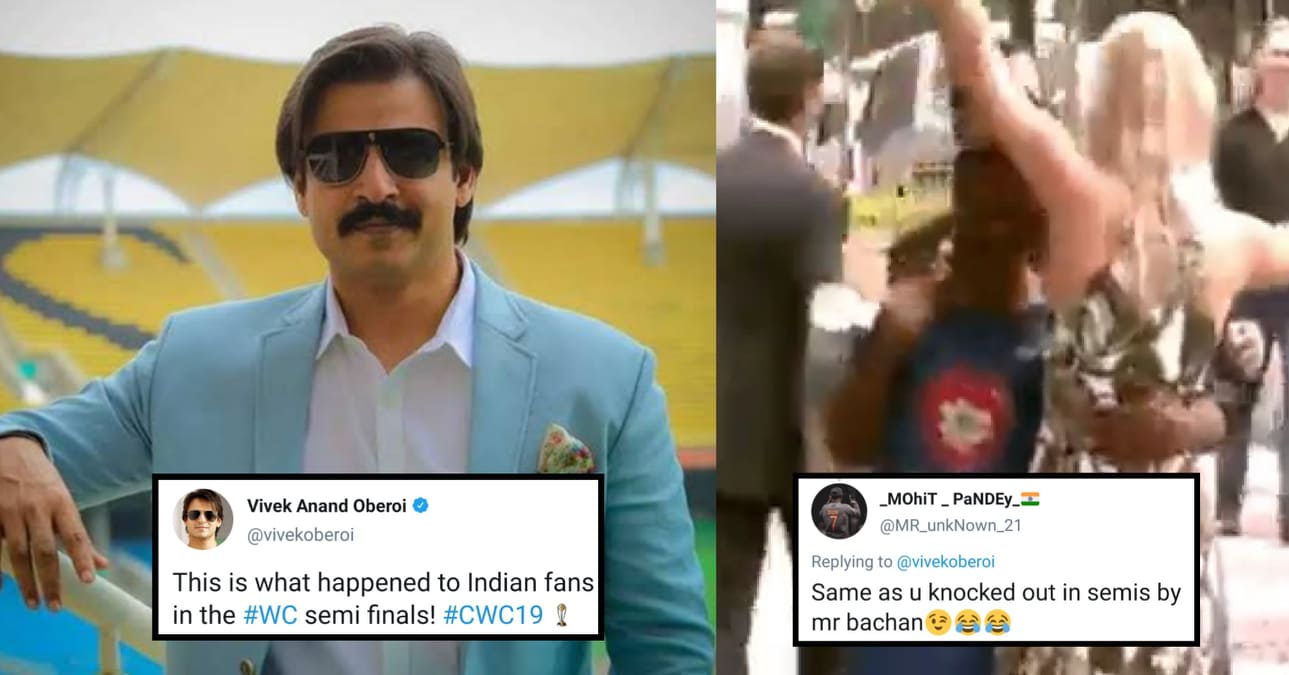 It is no surprise that Vivek Oberoi is again in the limelight for all the wrong reasons. Vivek Oberoi took a lot of heat recently for a social media post. Most of the time, he deserves it. The actor recently posted of giphy about India versus New Zealand match that India lost, naturally a lot of people were upset by it.

Vivek posted a giphy in which a lady is seen walking towards the short man and hug another man standing behind him it was a sarcastic tweet about the semi-finals in which India got defeated.

This incident upset the desi’s by this not only did they ask him not to tweet such humiliating things about his own country, but people also went on to troll him. See how people reacted!

And We guess this is what happened to Vivek Oberoi in “Who will marry Aishwarya Rai” Semi Finals !! 😉😉 pic.twitter.com/NfPyaSIYAx

Exactly what happened to you in the past!. pic.twitter.com/ZVUafie4Lv

Hello mr @vivekoberoi , always thought you were gentleman , last two tweets proved you desevered where you are now .Whatever you are because of your dad , Just don’t ruin it, we are proud of cricket team , they are lot better than and your creepy meme . Jai Hind

This is what happened to Indians in theatre while watching Narendra Modi Biopic pic.twitter.com/4KV6bsL02o

To to chutiya nikala re BC 😂😂

This is not cool Vivek!

Emraan Hashmi Was Seen Sporting His Yellow Lamborghini In Mumbai, Desi’s Ask,’ Where Will You Drive Though’
Mumbai Police Uses “MATURE BAG” Meme To Spread Awareness. It Is Hilarious