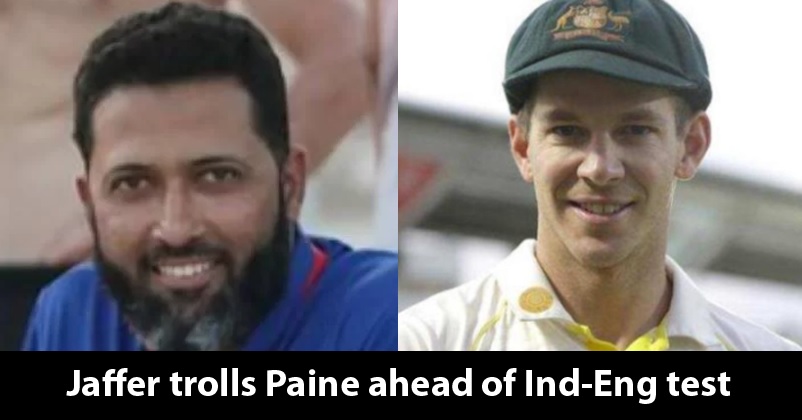 The first test match between India and England has started at the MA Chidambaram Stadium, Chennai, and England decided to bat after winning the toss. The visitors have justified their decision as till the time this article was written, they were batting at 163/2 with Dom Sibley and skipper Joe Root both batting at the score of 60 each. This series is very important for both the teams as the winner of the series will be locking horns with New Zealand in the finals of the ICC World Test Championship which will be played at Lord’s in June this year.

Wasim Jaffer, the former Indian cricketer, has been quite active on the social media networks for past some time and he was very critical of the Aussies when India was on the tour to Australia. He once again trolled the Aussie skipper Tim Paine even before the first test match between England and India started.

Wasim Jaffer took to the micro-blogging site Twitter and posted a meme in which there are two photos. In the first pic, Tim Paine is seen having a chat with Joe Root and in the second one, Tim Paine is having a funny conversation with Steve Smith whom he reveals what he told the England skipper, “I told him when things get tough in India say, ‘Can’t wait to get you to Lord’s’”. 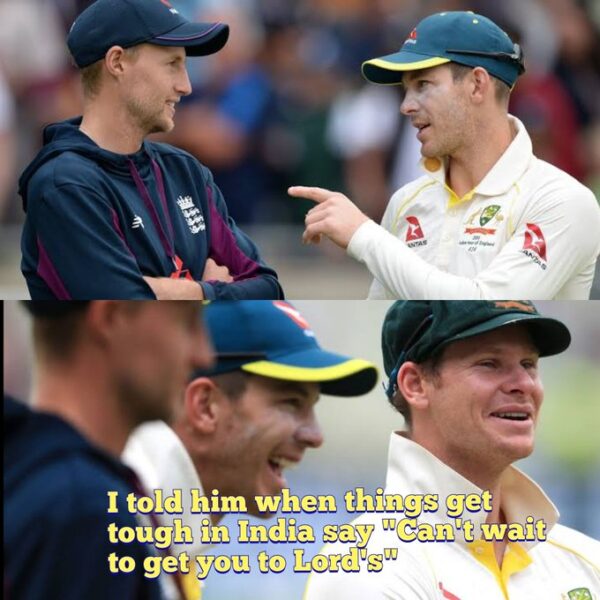 The Australian skipper Tim Paine was trolled a lot for his “Can’t wait to see you at Gabba” comment which he said to the Indian cricketer Ravichandran Ashwin during the Sydney test match.

The Indian team played four-match test series in Australia recently and won it by 2-1 after suffering a humiliating defeat in the first test match at Adelaide. Many former cricketers predicted that the Aussies would win the series by 4-0 as the Indian skipper returned after the first test match but the Indian squad performed brilliantly and won the Melbourne test match and leveled the series by 1-1. In the Sydney test match, the Australians had an upper hand for the first four days but the Indians showed great fighting spirit and saved the test match by ending it in a draw.

The Indian cricketer Ravichandran Ashwin played a great role in saving the Sydney test match as he along with Hanuma Vihari played 259 balls. The Aussies got very frustrated, the skipper Tim Paine also lost his cool and said to Ashwin that he can’t wait to see him at Gabba. In response, Ashwin told Paine that he also can’t wait to see him in India and that will be Paine’s last series. After this, Tim Paine used an abusive word for Ashwin for which he was slammed by many.

The Australian cricket team had a great record at Gabba as it was invincible over there for almost 32 years but that record has been broken by the Indians as they won the fourth test match and the series as well.

Wasim Jaffer showed his great sense of humour once again by trolling Tim Paine and this was quite savage. What do you say?

Someone Hacks Jonty Rhodes’ Twitter Account & Posts Sachin Tendulkar’s Tweet On His Handle
“We Play With Foreign Players In IPL But We Don’t Reveal It All To Them,” Says Ajinkya Rahane