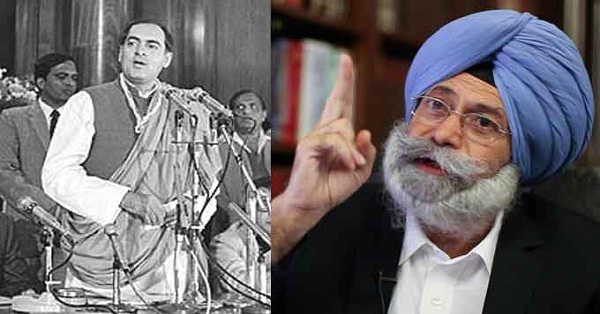 Human Rights Activist and AAP leader H.S. Phoolka along with members of BJP, released a 31 years old video of Rajiv Gandhi’s speech where he addressed a rally in 1984 on Indira Gandhi’s birth anniversary. He made remarks as “the earth shakes when a big tree fells”, in reference to the 1984 anti-sikh riots.


Watch the video directly on YouTube by clicking here.

What are your thoughts on the video. Does the demand of asking Bharat Ratna back justified. Let us know in the comments section below.