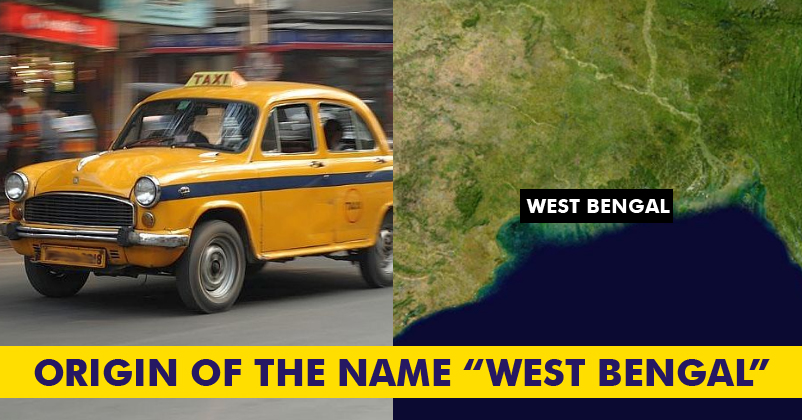 Can you tell me where is EAST and where is WEST ? Could you tell the same answer way back when you were small ? The time when you were just understanding the basic concept about CONCEPTS. The moment when someone says EAST, my left hand fingers automatically starts to click. The same thing happens to my right hand fingers when someone ask about WEST.

It’s a human nature and we have been taught like this. Well atleast that is how my school teacher taught me. You can’t really hold down to a compass every time when someone asks you ‘Which side is THE EAST ?’ But as the saying goes ‘ Half Knowledge Is A Dangerous Thing.’ Our left hand will only represent EAST, if we stand with face facing towards NORTH. Yes that’s the catch.

Now this is a very silly concept to explain because almost each and every one of you know this.

But have you ever noticed that when the whole of Eastern part of India i:e Assam, Meghalaya, Mizoram, Nagaland, Manipur, Sikkim is considered as the North East side just because it lies on the Eastern side of our nation, then why do we call the Bengal which is also situated on the Eastern part of our country as ‘WEST BENGAL’. Why WEST when you are on the EASTERN side ?

Something has to do with the word WEST. And yes, for digging out the answer, we need to turn back the pages of our history books.

Throughout the first half of the 20th Century, we Indians roared like Lions for our freedom struggle and as a result, the Britishers were compelled to bow in front of our demands. Now we all know that when some people were celebrating the freedom, there were people who were terrified because of the partition. Partition was based on religious and cultural ethnics. Millions of people migrated from one PART of a country to the other PART. And just then, Pakistan, a new country separated from India.

While the separation, there were many conflicts between India and Pakistan for many provinces like Hyderabad and Kashmir. Well, we don’t need to go deep into the history of these two provinces. Bengal too was the victim of the separation. However the story of separation goes way back in 1905, before India got it’s Independence. Bengal was a combination of present day Bengal (West Bengal) and East Bengal( known known as Bangladesh) which was at that time partitioned by the British viceroy Lord Curzon in July 1905. After India’s Independence the eastern part of Bengal came under the rule of Pakistan and was known as EAST Bengal. While the Western part of Bengal remained in India and since then it is known as WEST BENGAL. However, the name EAST Bengal was later changed to East Pakistan. After the Indo-Pak war of 1971, the East Pakistan that the world had known for 24 years became BANGLADESH.

So this is the reason why the West Bengal is still today known as WEST BENGAL even though it is on the EASTERN part of India.

Although, things are getting a bit tricky. Recently Mamta Banerjee has proposed a plan for changing the name ‘WEST BENGAL’ and just sticking with the word ‘BENGAL’ and removing the word ‘WEST’ out of it. BJP party workers will be starting a signature campaign from August 16 in order to show their protest against this plan.

So I hope I was able to help you with your question and if by mistake I have written something wrong in terms of facts and dates, please help me know about it by writing in the comment section below ! !

Continue Reading
You may also like...
Related Topics:Bangladesh, bengal, east, eastern, India, Pakistan, west, western, why, Why West Bengal Is In The Eastern Part Of India - Origin Of The Name 'WEST BENGAL'