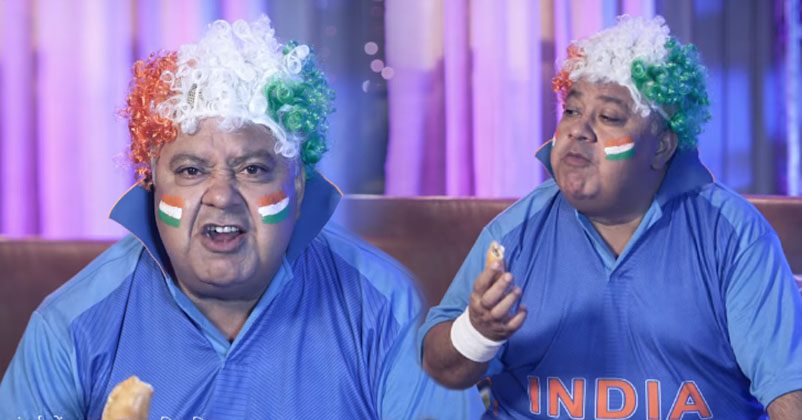 India is unstoppable till now in the World Cup 2019, with a perfect victory score, India will now be battling West Indies on the 27th of June. And well, bring it on. India won against Pakistan, India defeated Afghanistan by 11 runs. Afghanistan did give us a tough time though. With K L Rahul and Rohit Sharma’s loss at the very early stage of the match, Bumrah bowling and Shami’s hattrick saved our match. And it was an amazing win for us!

India is still undefeated and we hope this goes on for all the matches in the future. We won the match but Afghanistan’s team won hearts. They were thoroughly appreciated for their efforts on all social platforms and well they did deserve it. After defeating Pakistan, Afghanistan now it’s West Indies turn.

BTW, have you forgotten that quirky video by Dabur Red Paste where a man is seen savoring munchies from different countries? Well, he is back with yet another message for West Indies. In the previous videos, he could be seen eating akhrot from Pakistan, badam from Afghanistan. In this video, our uncle is seen munching on Coconut Tart from West Indies. These videos from Dabur Red Paste always get me laughing. Have a look.

Buckle up West Indies, we are coming for you. #Sabkochabajaayenge