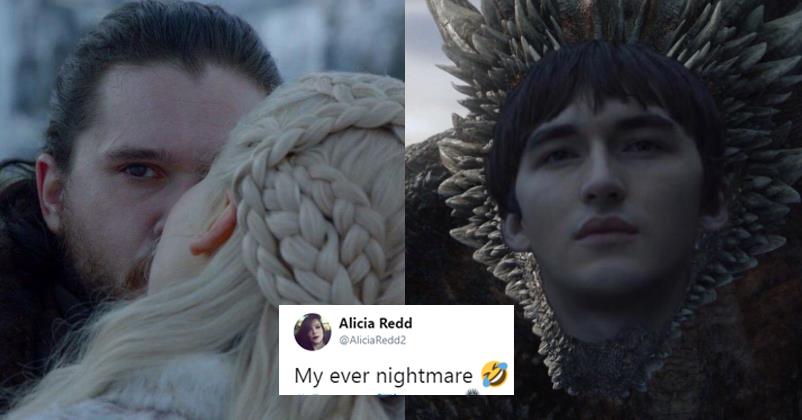 With the new season on game of thrones on air, twitterati is on fire

Well. There are only two kinds of people in this world one who have done PHD in Game of Thrones and the other who haven’t even started with ABC’s yet. With the GOT fever high this season people have prepared for battles themselves. Battle against the spoilers that come out on the social media, through friend’s blackmails or through random people talking nearby. People are all geared up and ready for the battle even it means getting up at 6.30 in the morning and watching it. But social media doesn’t spear anyone. Twitterati is full of GOT memes and spoilers. Here are the best ones, have a look.

Sam: “At least I have my brother”

#GameofThrones
Jaime: "Winterfell. No one has recognized me. I'll be safe."
Bran: 👀
Jaime: pic.twitter.com/GobebLBO1l

Final season of #GOT
Jon & Arya are love 😭😍😍#GameofThrones pic.twitter.com/xIv3KMPaoo

Bran Stark in his wheelchair: pic.twitter.com/VM3rLsYdMt

Bran at the end of #GameOfThrones season 8 premiere. pic.twitter.com/BnkLquq7v4

When you run into that one friend who owes you money
#GOT8 #WinterIsHere #GameofThrones pic.twitter.com/hZTXB4HT10

My ever nightmare 🤣 #GameofThrones pic.twitter.com/PLygnvCFm3

Jaime is about to go round 2 with Bran like:#gameofthrones pic.twitter.com/Ve26MN81II

With the season moving forward with such vivid nail biting twists we can’t wait for the episode,can we?