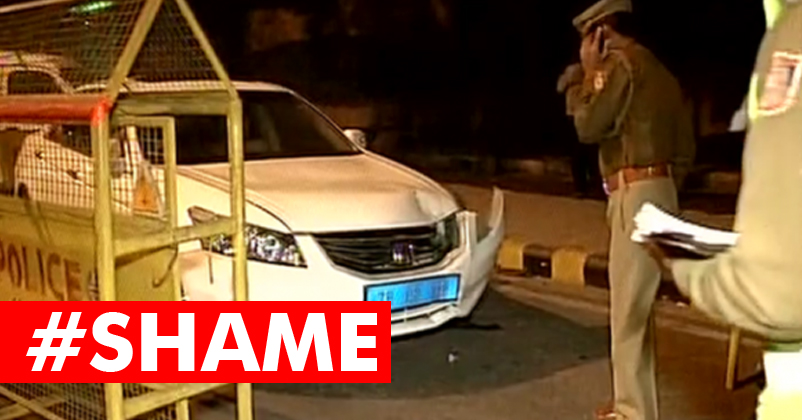 Sometimes I do consider the fact that I am a bit hypocrite. Facts and reality doesn’t allow my conscious to develop a soft corner for a particular individual ti ignore his past deeds. The word ‘Noida’ and the people living in it suffer through a very strange stereotype. ‘All men from Noida are BAD’, which in no way is true. Uttar Pradesh is going through a tough phase in order to prove itself a safe city for many people.

One such incident has once again triggered this never ending debate on the security of women in Noida. Noida is a job hub portal for many big companies and industries in which a number of male as well as female employers are working even during the odd hours just so as to keep up with the never ending fast professional life.

Recently, an employee of a private firm, his wife, two daughters and two other male relatives were on their way to attend a funeral in Shahjahanpur. Unfortunately and apparently their car was hit by a blunt object which forced their vehicle to stop near Dostpur village on NH-91 at around 2:30 am. Just at particular moment, few bandits across the road came into the scene from nowhere and attacked them. The men in family were tired with ropes and the woman along with her 13 Years old daughter was dragged out of the car to the nearby isolated fields. All the bandits took turns and gang-raped them. After that, they robbed them by looting their cash, jewellery and mobile phones. At last one of the family members was able to untie the ropes and reported immediately the matter in the police station. SSP Vaibhav Krishna is investigating into the case. According to him an FIR under appropriate sections of the IPC has been lodged against five accused. Now what is shocking to note is that the crime scene was just mere 100 meters away from the police post. “The victims said they saw a police car patrolling, but the car was far away and the police couldn’t hear their call for help,” said the state police chief Javed Ahmed.

This does concludes that the accused had no fears of being caught and prosecuted according to their unforgivable deeds. And since police was unable to intervene into the matter the Akhilesh Yadav’s government suspended the top rung of the local police and seven officers. But the government needs to understand that suspending them won’t change anything. What matters is the Justice which needs to be served.

Although after the intervention and strict action by the state government on the local police force, results are showing good progress and five men have been detained out of which three men have been identified by the family members. For the remaining two culprits a man hunt has been launched at Bulandshahr and Meerut. According to police, the accused will be trailed under the National security Act.

Now this report does proves that there is still a lot that needs to be improved for ensuring a 100% safe working environment for men and women in Noida. And this shouldn’t be just about Noida only. Men and Women across the whole country have the right to live in a terror and crime free environment. Stricter rules and more attentive patrolling by police force can certainly make a difference along with educating our younger generations to work hard and start respecting women.

Pokemon Go Becomes A University Course Now!
This Bollywood Beauty Just Got Herself A Role in Mohit Suri’s HALF GIRLFRIEND