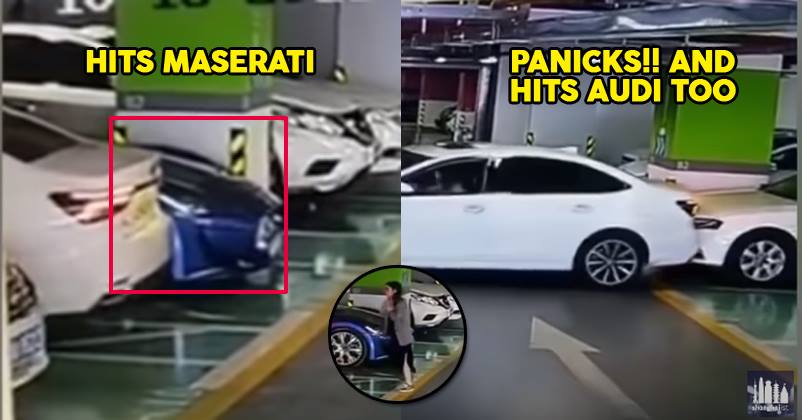 A lot has been said and discussed about the driving skills of women, while men are of the opinion that women are not good drivers, women are pretty sure that they are no less than men when it comes to driving.

However, a video is going viral in which a woman is seen ramming three luxury cars while attempting to reverse her own car in a parking lot. 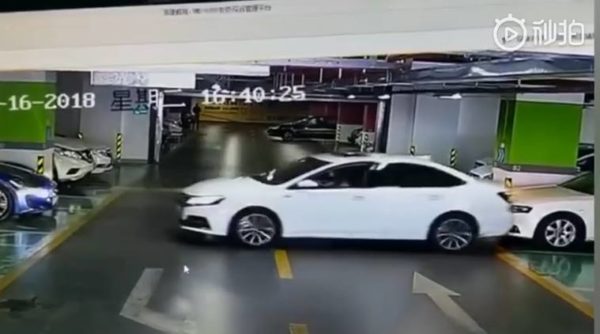 The incident took place in the city of Hangzhou, China, in an underground parking lot and this CCTV footage is from Tuesday afternoon in which a woman can be seen having problem in reversing her car.

During the process, she first rubs her white car against the blue Maserati which is parked beside her car. After some time, she comes out of the car, takes a look at Maserati and goes back inside her car with a frustrated look on her face. She again reverses her car and this time, she hits an Audi and pushes it. As she is still not able to turn her car, this time she hits a BMW and after finally turning her car, she moves out of the parking lot as if nothing has happened.

Have a look at the video:

We wonder how she passed the driving test for licence? What is your take in this regard? Let us know.