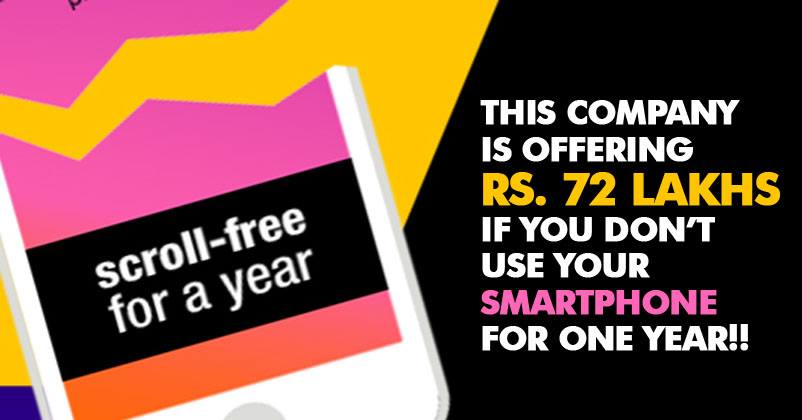 Imagine a day without your smartphones. Freaky? Now imagine a year. Does that send shivers down your spine? Well, what if you were getting paid for it? 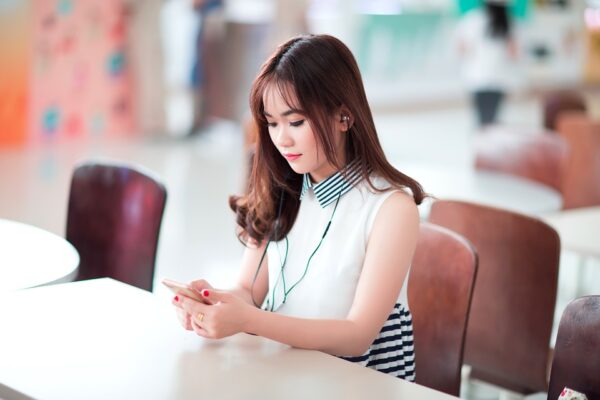 A company by the name of Vitaminwater recently posted on Twitter that if you can live without your smartphones for a year, you would be receiving 100 thousand dollars, which is equivalent to 72 lakhs in INR.

we tried to get Brandon to make this deal, but he is too busy – will you turn off your phone for a year instead? #NoPhoneForAYear #contest https://t.co/RVTF0gytnv pic.twitter.com/wFFTXl0PBX

Does that sound something doable to you?

Oh come on, social media may be BAE, but giving it up would not be the end of the world. Think about what you could do with the money!

If you last an entire year, you’d be getting 72 lakhs. And if you last only 6 months, you get 7 lakhs. We think that’s a pretty good deal. In fact, Twitter seems to think so too. Check out some of the responses they received.

@vitaminwater I need a break from my smart phone so I can finish my book and be able to travel with my family. 1year without my smart phone would be a great detox from social media. #nophoneforayear #contest pic.twitter.com/VShiwZwDpe

I’ve been drinking Squeezed Vitaminwater for 7 months instead of soda and it’s helped me lose 43 lbs. I’m down with your ideas. Let’s do it. #nophoneforayear #contest pic.twitter.com/u5s4WiKOFH

I would love a chance to lose my phone for a year so I can motivate toward opening my small green business/eatery, before this Lupus makes it so I can't… My son can run the biz once I'm unable… #nophoneforayear # contest pic.twitter.com/s4uA9zODrI

Wish we had this back when we were studying:

Not using a smartphone for one year will help me focus on my studies and my family before I go to college. It's an interesting challenge and I accept it#nophoneforayear #Contest pic.twitter.com/gK4t4nbaSy

Do you think you can live without a smartphone for a year?

Kerala Tourism Posts Picture Of Aviyal On Twitter, Gets Brutally Trolled In Return
This Babaji Is Seen Groping Female Followers In Video, See What Twitter Has To Say