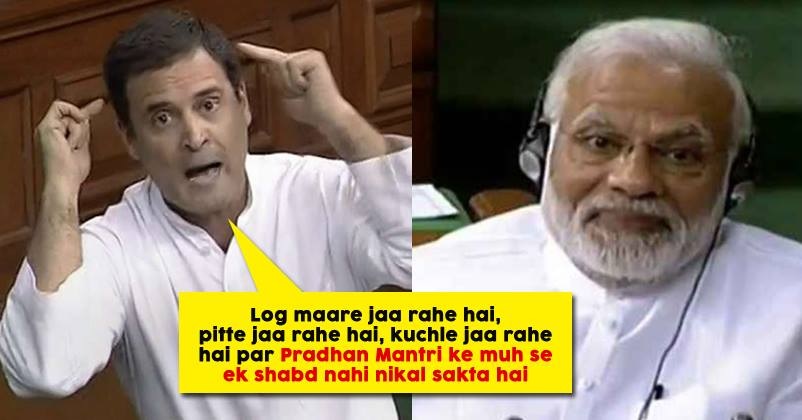 Even before Congress president Rahul Gandhi could start his speech in the Lok Sabha, social media platforms flooded with memes and funny posters. The scion of the Gandhi dynasty attacked directly on PM Modi and spoke his heart out. Even though being an heir of the oldest active political party of the country he couldn’t prove his mettle in the political arena yet due to Gandhi family tag he can get few ears for his speech. The unseen avatar of Rahul in the parliament was a signal that the other politicians should not take him lightly. He started off his speech in English, but someone interrupted in between and said that he should speak in Hindi to which he promptly replied that, “Hindi mein bhi bolunga”. He admitted in his speech that he had been mimicked as “Pappu” yet there were points in his address which makes sense. 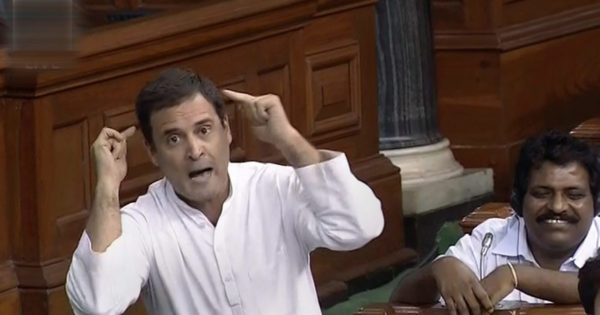 Rahul Gandhi further said that the youth trusted PM blindly, but the situation of unemployment remains the same for the past seven years.

Then he talked about the government’s fund allocation on the minimum support price (MSP) which the farmers get. Here again, he brought in light the work of the Karnataka government which did a commendable job.

3. Gandhi wants the accountability of those 15 lakh rupees!

He used the word “Jumla” several times in his speech to focus on the unfulfilled promises. Modi had promised that rupees fifteen lakh will be credited to every Indian bank account but that till date remains a part of Modi’s speech.

The truth cannot be ignored that the act of demonetization was a pain in the neck of the citizens. Be it the businessmen or the servicemen everyone had to face the consequence of the unplanned move of the government.

Rahul said that the prime minister once in his speech had that he is the Chowkidaar (guard) of the country but when corruption allegations were put up against Jay Shah who is the son of Amit Shah he became the bhagidaar (shareholder) and chose not to say anything.

6. Is women safety not a priority for the NDA government?

Rahul also threw light on the women safety issues and the conditions of the minority communities. He asked, why does PM never speaks about these matters in his speeches? Are these people not a part of the country?

PM Modi Stared At RaGa When He Said PM Can’t See Into His Eyes. Twitter Flooded With Funny Memes
Fight Between Apple & TRAI Worsens. Apple iPhones Might Now Be Banned In India