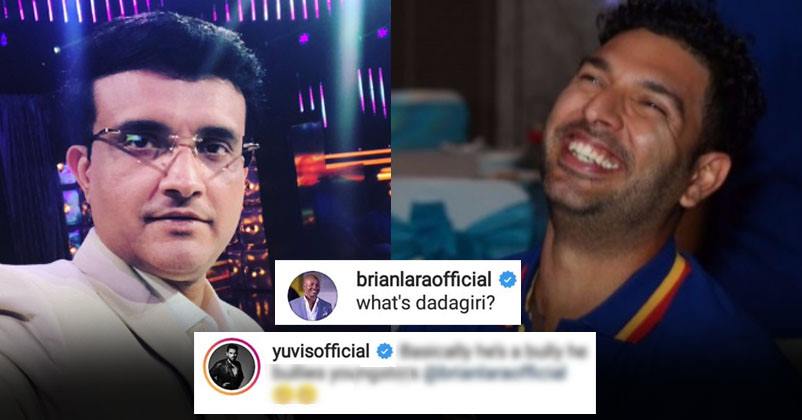 Saurav Ganguly has set ways in the cricket world. His no damn attitude and charisma has made him quite popular with everyone, and he still has a huge fan following. During his cricket time, his nick-name Dada came into light, and it did not take much time for people to catch up to it. Now he is more popularly known as Dada.

‘Dada,’ means elder brother, Ganguly has also been hosting a show ‘Dadagiri,’ that has now been running on air for eight seasons. It is a show where commoners can meet Ganguly, and usual chit-chat goes around. Ganguly posted a picture of him on the sets of Dadagiri and wrote in the caption,” Start of season 8 of dadagiri …”

Start of my first episode of dadagiri season 8..

A lot of cricketers congratulated Dada on his show and success, amongst them was Brian Lara who seemed to be confused with the title. Brian commented on the post asking what Dadagiri is, to which Ganguly replied,” “champ it’s a reality game show I am hosting for last 7 years. how r u.. where r u”.

Yuvraj could not stop himself from commenting on the post and in friendly banter, called him a bully. He commented,” Basically he’s a bully he bullies youngsters”. He used two naughty emoticons to make it light. Ahm, we all got the message Yuvi! 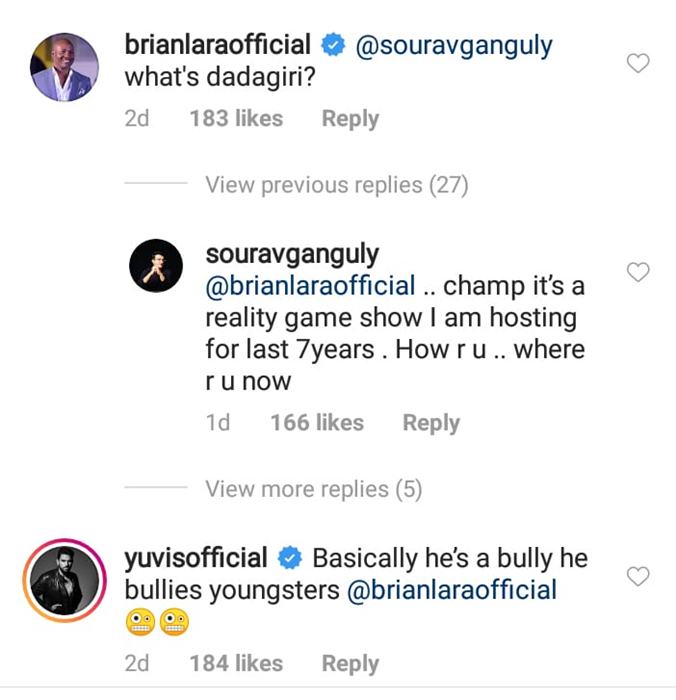