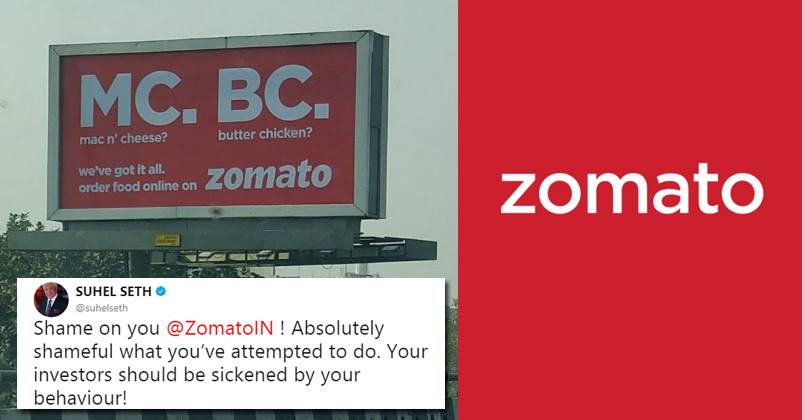 Advertising and promotion are a necessity for every business and it holds true for Zomato as well. The restaurant-finder service provider is known for its smart marketing tactics and out of the box creativity. 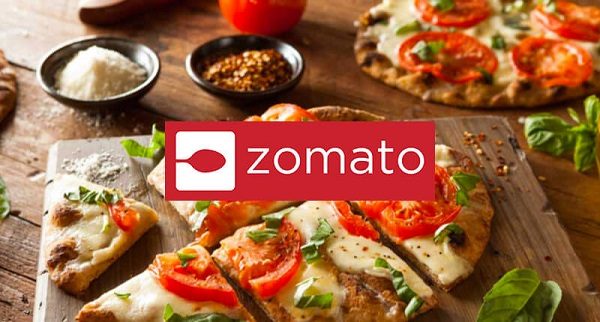 However, sometimes people may not like the way you market yourself despite the fact that you were just trying to be creative and had no intention of offending anyone.

Zomato has launched a marketing campaign and it has put up billboards in major cities with very catchy lines and slogans but one of them didn’t go well with some people.

Here’s the one which offended people: 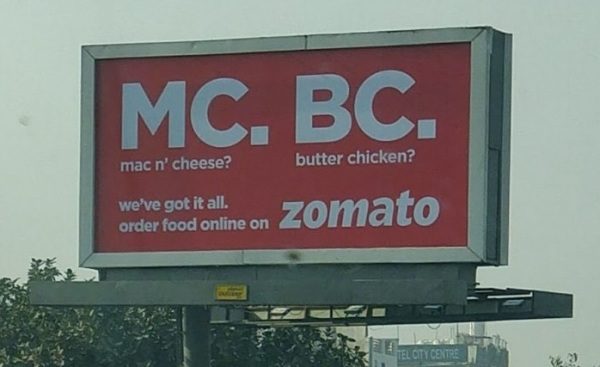 Shame on you @ZomatoIN ! Absolutely shameful what you’ve attempted to do. Your investors should be sickened by your behaviour! @smritiirani : this is outrageous. @ascionline pic.twitter.com/pSChhHSrxo

.@Zomato Pretty cheeky but low ball campaign.. this is not chutzpah.. this is Idiotic and sanctifying an expletive used commonly but never with intent of interpretation!! Sad what one does to be noticed !! #BeBetter✔️ pic.twitter.com/LagXBrQuj0

Honestly this is regressive advertising. i saw another v sickly regressive ad from camlin marker pens. what's wrong ppl? can't we have advertisements which don't sound crass and can be enjoyed by all age groups?

So the PR bandwagon of Zomato's new outdoor campaign is rolling.

Expectedly, it ignores the outrage against its MC BC creative.

And we wonder about why sexism is alive and kicking. So much for apparently being a category *leader*. pic.twitter.com/XlGsLBsVOT

When it was noticed by Pankaj Chaddah, the co-founder of Zomato, he apologised on Twitter and said that this ad would be pulled down immediately. He also tagged food blogger Akshar Pathak in his tweet and wrote,

“Hey, while we didn’t mean to, we can see why it can be offensive to people, and we apologize for it.

We will take this ad down with immediate effect. cc @AksharPathak @prao24”

Hey, while we didn't mean to, we can see why it can be offensive to people, and we apologize for it.
We will take this ad down with immediate effect. cc @AksharPathak @prao24 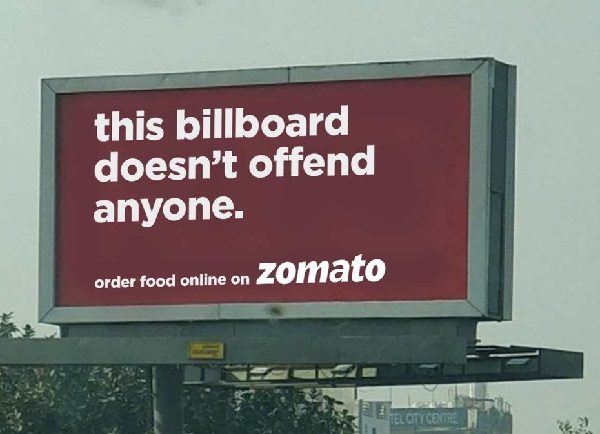 8 Features Of Paytm Banks. It Has Some Great Advantages Over Regular Banks
Rahul Gandhi Trolls Narendra Modi In Gujarat. Calls Him A Better Actor Than Amitabh Bachchan