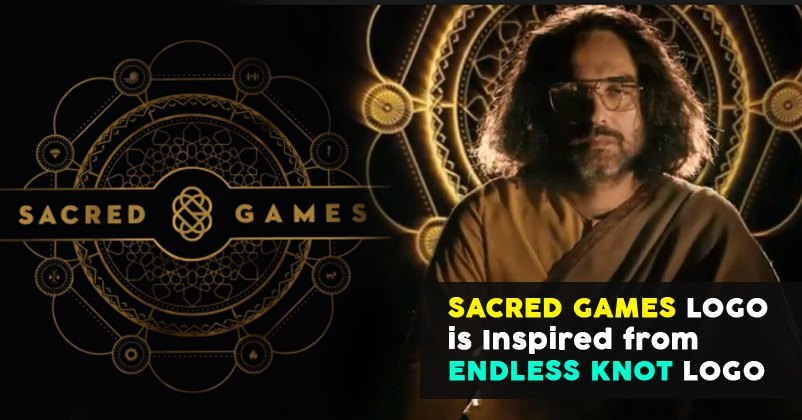 Sacred Gamed is an Indian web series based on Vikram Chandra’s 2006 novel with the same name and it is directed by Vikramaditya Motwane and Anurag Kashyap. Produced under the banner Phantom Films, the series streams on Netflix India. Varun Grover, Smita Singh, and Vasant Nath have adapted the novel into a series.

Here are some lesser known facts about the Sacred Games series:

1. Sacred Games is India’s first Netflix Original show to stream in several countries and it is co-directed

Vikramaditya Motwane and Anurag Kashyap have co-directed the series. Motwane initially wanted to bring different directors onboard for each episode, but it couldn’t happen due to dates issue. Motwane brought Kashyap on board because he felt that the two “distinct voices” were essential for the “parallel tracks” of story. 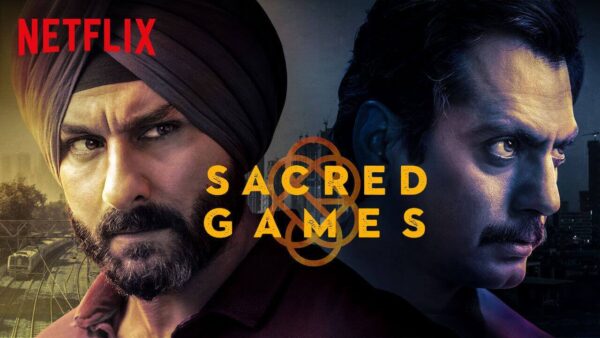 2. Because of its long format, the makers couldn’t turn the novel into a movie

Varun Grover, Smita Singh, and Vasant Nath wrote the script and gave to the novel writer Vikram for the feedback. Smita Nair and Mantra Watsa, shortened every chapter and made the “complicated plot easily accessible” to the writers. It took a year to complete the script. 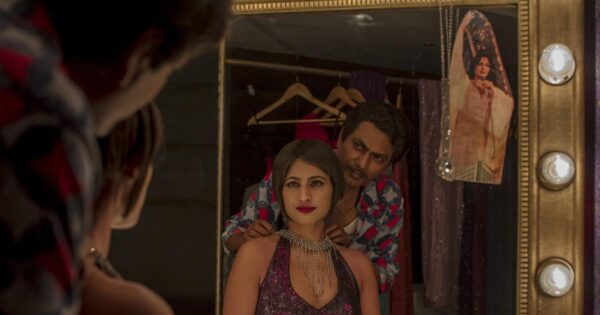 3. Both the directors refused to make English Language show of an Indian story

Anurag Kashyap had read the novel in 2006 and was fascinated with it. When in 2014 AMC from Scott Free Productions approached him to direct the series. He declined the offer, as he did not want to do “anything based in India in English”. 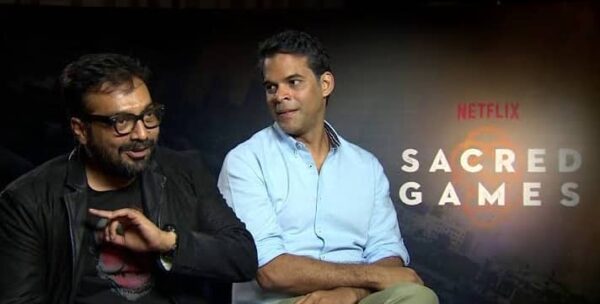 4. The inspiration of the logo of Sacred Games has been taken from “Endless Knot”

Graphic designer Aniruddh Mehta and Mumbai-based motion lab Plexus, have designed the title sequence, logo, and title designs. The designs have been made, drawing inspiration from Hindu mythology. The centerpiece logo has been taken from “Endless Knot”. Each episode has a different logo and the Mandala structure, which houses eight motifs, represents eight episodes. 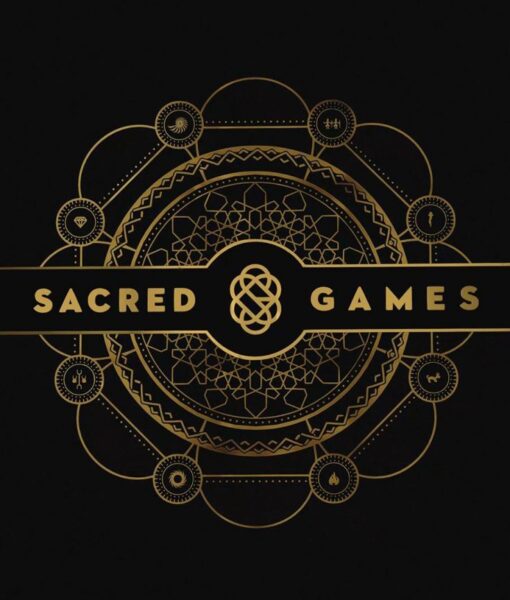 Motwane started shooting of the series in September 2017 while Kashyap joined him in January 2018. Both of them directed separately. Motwane directed the present-day scenes with Saif Ali Khan while Kashyap filmed the 1980s Bombay with Siddiqui. 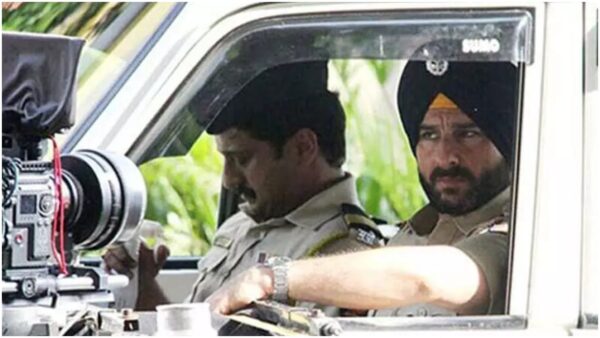 6. Each episode is named according to Hindu mythology

The first episode is titled Aswatthama, based on Mahabharat character, who was cursed with immortality by Krishna after the Kurukshetra war. Nawazuddin calls himself immortal like Aswatthama and later commits suicide. In the same way, each episode’s represent a mythological sequence on which the episode is based. 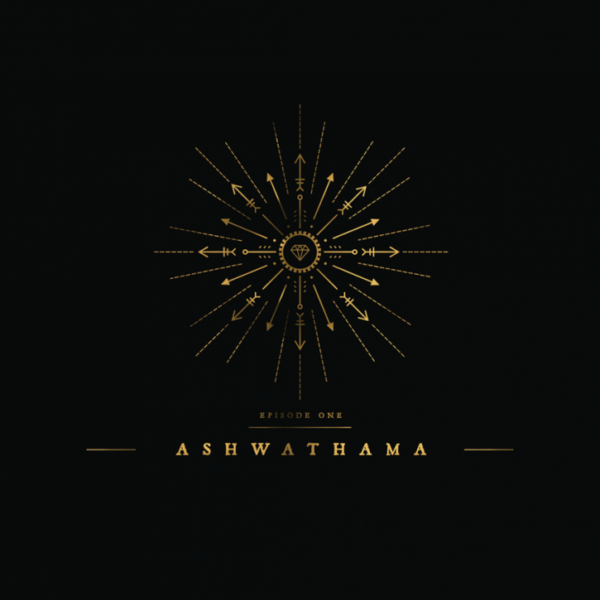 7. Rapper Divine has sung both the soundtracks of the show

The series has only two soundtracks ‘Jungli Sher’ and ‘Kaam 25’ and Indian Rapper from Mumbai Divine, aka Vivian Fernandes, has sung both of them. Ranveer Singh starrer Gully Boy is based on the life of Divine and features his fellow rapper Naezy. 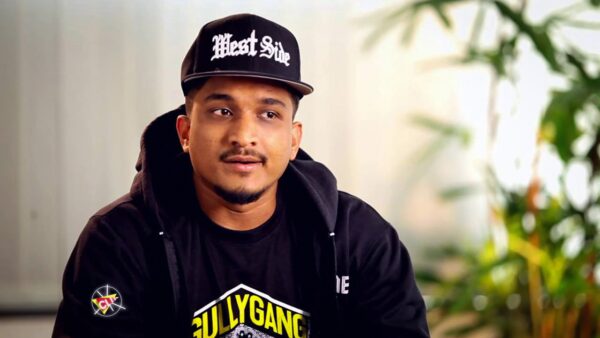 8. Indus civilization symbols have been used in the title track

During the title track, you must have spotted that the actors’ and the crews’ names have an impressive font. First, they appear as some fashionable letters and later get decrypted into the names which are clear. These symbols are from the grammar of the Indus Valley Civilization (2600-1900 BC).

9. The series has captured locations in Mumbai which were never filmed before

10. Season one is just a quarter of the whole novel

The series is based on 900 page novel by Vikram Chandra. It took more than a year to write only one series script and the first season is just a quarter of Chandra’s novel. 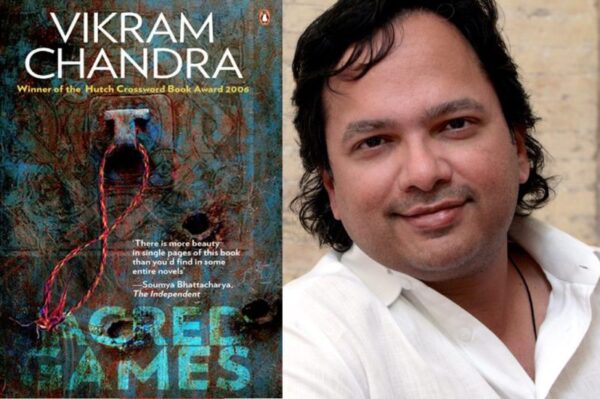 Twitter Breathes Fire After Game Of Thrones Season 8, Episode 5
It’s Sunny Leone’s Birthday And Her Hubby Has The Sweetest Message For Her