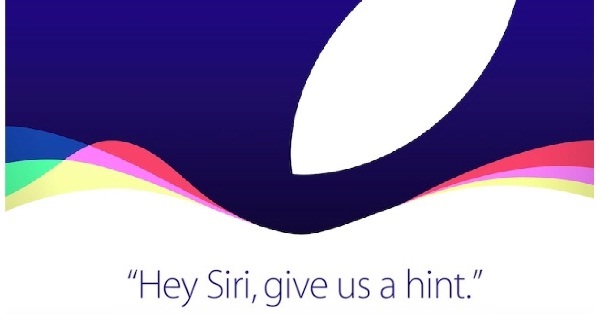 Just couple of days are left for the Apple’s September 9th launch event of iPhone 6s and iPhone 6s Plus, along with that it is also expected to upgrade its iPad line and an upgrade to its TV hardware. With this year’s invitation Apple took an innovative approach with the invite tagline stating “Hey Siri, give us a hint”.

Just like every year, this year too rumors and leaks started buzzing from past few months. So we decided to sum up all the rumors in order to glance upon what has Apple got in stores for us. It is expected that Apple is going to embed a new A9 processor in its new flagships which will be clocked at 1.5GHz. The rumor mill has been surrounding Apple’s camera upgrade since iPhone 5s. But it seems, this years iPhone 6s, iPhone 6s Plus are probably going to get a megapixel upgrade on its rear camera end with an upgraded 12 mega-pixel camera. Also both the iPhones are speculated to get 4K video recording capabilty. If to go by recent leaks, Apple is not only planning to upgrade the mega-pixel count of its rear camera but also the front facing camera is expected to get an upgrade from 1.2 mega-pixel to 5 mega-pixel on the upcoming iPhone 6s, iPhone 6s Plus. According to some reports, Apple has dropped the plan of applying sapphire crystal glass protection on the new iPhones display. Instead, iPhone 6s, iPhone 6s Plus display screen are expected to be protected with ionized glass protection. Apple introduced Force Touch technology with the launch of Apple Watch this year and later introduced it to this years Macbook and Macbook Pro. So by looking at Apple’s tendency with upgrading its products with its new Force Touch technology, many reports suggests that Apple is going to bring it to iPhone 6s, iPhone 6s Plus too but it shall be marketed with a different name supposedly with “3d Touch”.

Force Touch technology basically detects how forcefully the user touches the screen be it a tap, a normal press or a deeper press. According to these touch gestures the iPhone then can interact in a different ways. Apple faced a lot of criticism with the bendgate issue with iPhone 6 and 6 Plus. To avoid the issue with upcoming iPhones, it has decided to make the phones slightly thicker and reinforced the chassis to make it more durable and surely to avoid any bending issues. While there has been many reports which confirms that Apple will introduce a new Rose-gold colour option to its iPhones many other sources negates this rumour. Guess we will have to wait till September 9. A reliable source and a photographic leak has confirmed that Apple is expected to keep the 16GB model as Base model for this years iPhones as well. While few reports confirmed scrapping of 16GB model instead of 32GB. But seems its going to be the other way around.

So, are you excited about Apple’s iPhone 6s, iPhone 6s Plus event on September 9th. Do let us know in the comments if you are excited or not, to buy the new iPhones when they hit the market in India.