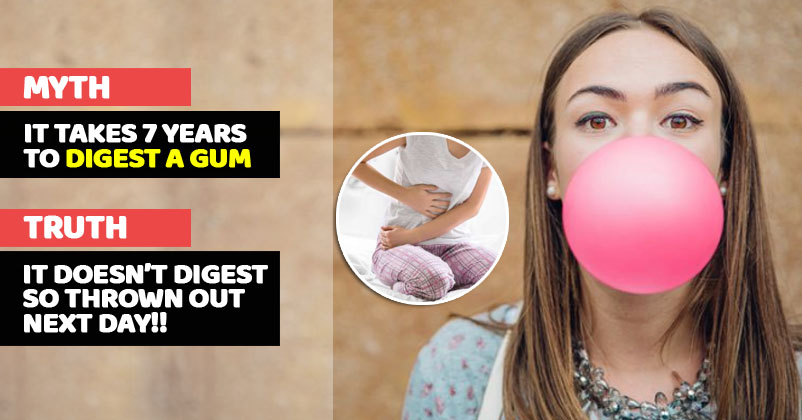 The world of science is constantly changing based on new discoveries, and sometimes means that what we thought was right was incorrect. Right from our childhood, we are taught or made aware of loads of scientific facts whether it be formally or informally. All those facts, things are believed to be true and the people doesn’t question them, the idea is reinforced by the common sharing of the people. As time progresses, the science and technology progresses, the scientists use new methods to validate those facts, find if they are true. In this list, we’ll take a look at things, the so called“facts” that we always believed to be true. What science says about them and what they really are.

So Here are 10 things that science has got wrong.

1. Bulls Get Angry After Seeing Red You know it was a common belief that bulls get angry whenever they see anything red. This has been the belief for centuries, all thanks to the matador and other studies, Science had us believing that bulls got angry when they saw red, and this belief became very popular on the television and other mainstream media. However, as animal biology advanced and progressed, we came to know about the fact that bulls are actually colorblind. So, why do they get angry after seeing a waving red cloth? Actually it’s the movement of the red cape which agitates them. For many generations, people believed that even after death the hair and fingernails of a human body continue to grow long. It was believed that the follicles keep creating new cells. But it’s totally wrong, once a human body dies, the process of decomposition of the cells begin. Due to dehydration of the skin on a corpse, the nails and hair are pulled back which gives the appearance that the hair and nails look are growing. All thanks to meteorologists and the weatherman on the news, we mistakenly believed that lightning never strike the same place twice. But when the scientists studied the weather phenomenons in-depth, they realized that lightning can strike the same spot twice, even several times. This is because the lightning aims to find the fastest path to the ground, so naturally tall buildings, trees, and similar structures are at the greater risk of getting struck by the lightning. It’s inevitable.

4. You Must Drink 8 Glasses Of Water A Day You might have heard Doctors, fitness trainers and even scientists telling the public to drink enough water, we have been told to drink 8 glasses of water in a day. It’s a good habit to drink more water, but it’s an overly generalized rule. Our bodies get the required water from food content, from beverages we drink like tea, fruit juice. Also human bodies are different, therefore everyone has different requirements. While one person may need only a few glasses, the other who works out for hours may need many glasses. Your water need depends on the activities you’re performing, your environment, it’s temperature and many other variables.

5. Pruning Of Fingers From Water You might remember hearing in the school that if you accidentally swallow a gum, it will take 7 years to digest it. A gum sitting in our stomach for 7 years is scary. But it’s not true. This is a true fact that our body cannot digest a gum. Since gum being indigestible as insoluble fiber, it passes through our digestive system and it comes out when you poop.

7. Having Only Five Senses We all grew up believing that we only have five senses; touch, smell, hearing, seeing, and tasting. It was all based on science that humans have five senses. But modern research of science has been able to break down the five basic categories and there are more senses. Scientists have determined that we have up to 20 senses including temperature, pressure, balance and a lot more.

8. Drinking Alcohol Warms You Up! Alcohol consumption is never healthy. What despite what your parents and friends have told you, the good news for the drinkers is that drinking alcohol doesn’t kill your brain cells. But the bad news is that alcohol still damages your body, although it’s not by killing your cells. There’s a belief that alcohol makes you feel warmer if you’re out in the cold. But it’s not true, actually drinking booze expands your blood vessels, and this brings a higher quantity of warm blood to near-surface cold skin skin. But by doing this, you’re countering your body’s natural heating protocol. And this ultimately lowers the temperature of your body by the heat transfer.

9. Goldfish Only Has A Memory Of 5 Seconds Your pet goldfish has a much better memory than you think. Earlier science said that a goldfish’s memory doesn’t last more than a few seconds. But according to a latest research According to research at Plymouth University, goldfish have a memory span of up to three months. And goldfish can even tell the time. They are more smart than you think.

10. The Great Wall Of China Is Visible From Moon One of the mankind’s greatest achievements ‘The Great Wall of China’ was earlier believed to be visible from the moon, but this fact is wrong. It is not even visible from the low Earth orbit like where many Space Stations lies. The true fact is that you can only see lights on the earth surface from the moon.

Remember This Nigerian Kid Who Was Accused Of Being A “Witch”? Here’s How He Looks Now
Kareena Finally Opened Up On Controversy Regarding Son’s Name ‘Taimur’ & You All Should Read It